The move comes days after the company announced a net loss of Ksh484 million for 2019, with Covid-19 effects expected to pile more pressure on its bottomline. [ Photo / Business Today ]

Standard Group is the latest media house in Kenya to issue its Covid-19 survival strategy as rising Coronavirus infections continues to cause jitters across various sectors in Kenya. The company, which runs Standard newspapers and KTN as well as a number of radio stations, has announced staff salary cuts to save the company from huge losses.

The pay reductions, which apply to all staff, include reduced allowances for directors. Other employees will get a pay cut of between 20 and 30% depending on the job group.

“The Board of Directors of The Standard Group Plc. have (sic) agreed to not only take a cut on their allowances, but to also defer the payable amount until such a time that things will normalize,” Standard Group CEO Orlando Lyomu said in a memo to staff on 7th April 2020.

“This is to support the efforts of management to cut on costs and preserve cash. Additionally, the Company has decided to effect measured pay reductions on consolidated salaries for all staff effective 1st April 2020, until further notice.”

The move comes days after the company announced a net loss of Ksh484 million for 2019, with Covid-19 effects expected to pile more pressure on its bottomline.

My Lyomu said the Board, together with management, have spent a time assessing the resultant impact on the group’s business with the priority areas being the safety of staff and long-term stability of the business in a highly disrupted economic environment.

“As a result of the disruption caused so far, we have had many of our customers cutting back on their advertising budgets and in some instances, withdrawing advertising completely,” he said. This is the mainstay of our business and so it goes without saying that we are already being impacted heavily. Our priority, therefore, shifts to ensuring the survival of our team and the organisation.”

READ >> Jeff Koinange Set to Be Auctioned Over Mounting Debt

Kenya’s media industry has been shaken as advertising falls. First to react was Royal Media Services with a 20-30% pay cut for employees and compulsory leave for non-essential staff, followed by Radio Africa Group’s salary reduction and Nation Media which asked the majority of its staff to work from home and some to take leave.

Corona virus has become a global pandemic, with the number of those infected globally as of 6th of April 2020, standing at more than 1.3 Million with over 70,000 confirmed deaths. Locally, there are 172 confirmed cases with 6 deaths so far as at 7th April.

Over and above the developing health crisis, the prevailing situation has precipitated an economic collapse globally with many organisations unable to continue operating normally. All over the world, businesses are either closing or scaling down their operations significantly.

Global forecasts indicate that the current situation may last for several months. However, company managers remain hopeful that the business environment will return to normal soon.

Meanwhile, to ease the burden on employees, the company has made “a special appeal” for a moratorium on loan payments to all the banks and Saccos where its staff have loans.

“Due to the 7pm – 5am curfew and additional restrictions on movements outside Nairobi Metropolitan Area, Mombasa, Kilifi and Kwale, and in view of the reduced level of operations due to the Covid-19 crisis, it has become necessary to request staff to proceed on leave, other than for those who will be actively engaged,” the CEO said.

NEXT >> Simple Business Ideas You Can Easily Start in Kenya 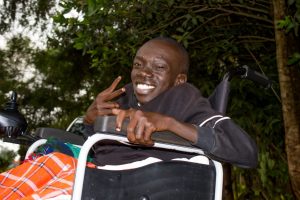