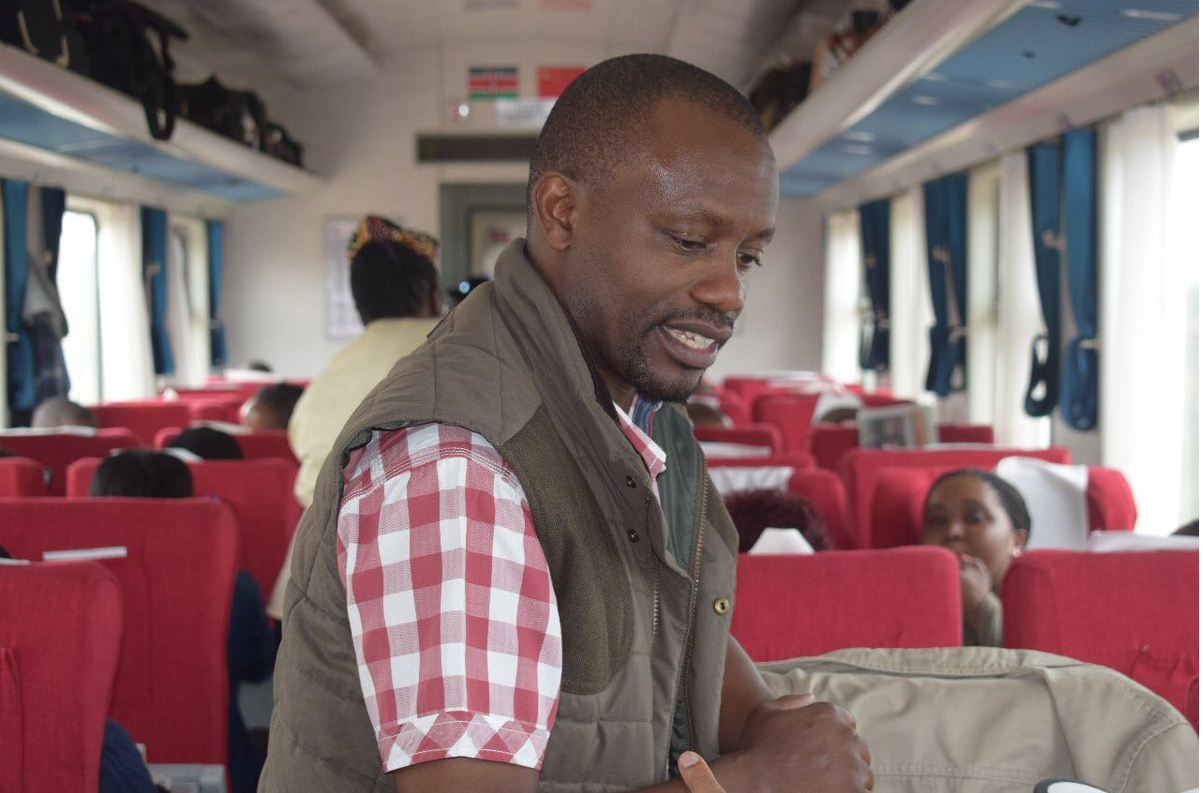 The distinction of steering the company from profit to loss makes Standard CEO Orlando Lyomu a marked man as the media house struggles to find its rightful place in the media industry. [ Photo / Twitter-Standard ]

The Standard Group, which publishes the Standard newspaper and runs KTN, swung from a profit in 2018 into the red in 2019, blaming the decline in earnings on increased investment costs and a drop in advertising.

The company closed 2019 with a loss after tax of Ksh484 million compared to a profit after tax of Ksh261 million in 2018, after recovering from a loss of Ksh210 million in 2017. The Standard Group board says the macro-economic environment was difficult in the financial year 2019, more so for the media industry.

“Regulatory changes which came in the form of increased taxation in the gaming industry and the review of watershed hours had a particularly significant effect,” it said in a commentary accompanying the results. “These regulations had a negative impact on advertisement from the entertainment industry.”

The Group’s turnover dropped 14% to at Ksh4.1 billion in 2019 compared to Ksh4.8 billion in 2018 largely due to the decline in performance across key brands.

The Group costs, however, rose as a result of investments in new products that the management expects to break even in year two. Direct costs increased 21%, closing at Ksh1.46 billion from Ksh1.22 billion in 2018 – driven by a rise in newsprint prices due to global supply shortage. Other overheads remained constant at Ksh3.3 billion compared to Ksh3.2 billion in 2018.

Insiders say Pulser magazine, also a new product, has been shut down while latest acquisitions – Mt Kenya Star and Pamabazuko newspapers – are on the verge of collapsing.

This is the first full-year results for Orlando Lyomu, who was appointed CEO in May 2018. The dubious distinction of steering the company from profit to loss makes him a marked man as Standard Group struggles to find its rightful place in the media industry. Analysts say the media house has been biting ‘too much” leaving it with a mouthful of unprofitable ventures.

Meanwhile, the board says there was a decline in market liquidity as a result of the slow down in payment of bills and poor economic performance.

“Ultimately, the Group had to contend with decreased marketing and advertising spend that resulted in a decline in revenues compared to the prior year 2018,” it says.  “This was in addition to continued investment in digital platforms and in content improvement as it constantly seeks to align with ever changing customer preferences.”

The company is currently implementing a restructuring plan which will see 170 employees leave the company through a retrenchment to easy the company’s payroll. This is expected to make savings for the company in the medium to long term, but in this loss-making state it will be forced to take up a loan to finance the layoff.

While not recommending a dividend for the year, the Board says continued innovation through the creation of new products and revenue streams has equipped to withstand both existing and future macro-and microeconomic shocks.

“Whilst the current COVID-19 pandemic is impacting the entire global business environment in 2020, in the long term we are confident that we will return to profitability. The Group will therefore continue to implement its strategic plan, deepen its engagement with customers and offer more niche products and services that are responsive to market needs,” it says.

Amana Capital Shilling Fund fell in trouble after Nakumatt went down with Ksh500m it had had invested in the retail chain’s commercial paper.