The Nation Media Group, responding to the Coronavirus crisis in Kenya, has sent a good number of its journalists on leave. The move was communicated by Group Editorial Director Mutuma Mathiu on 1st April, and seeks to ‘decongest’ the newsroom and reduce risk of infection.

Mutuma said in the circular the editorial department had prepared a schedule for working from home, office or taking leave.  “The intention of this schedule is to create a reservoir of healthy and rested staff in order for us to survive this contagion in the months,” Mr Mutuma said in a circular to select staff, who include senior editors and reporters.

.Some employees are, however, reading a sinister motive in the directive even though it cuts across the media industry. It is felt that in asking some to take leave, Nation Media Group could be experimenting to work without them and, if it doesn’t significantly affect, could easily do away with them.

The Nation, like its counterpart Royal Media Services, has already adopted a work-at-home policy, where newspaper designers and sub-editors have been given access to the copy-management system on their home computers with the necessary software. The newsroom has skeleton staff, mainly reporters and photographers and two editors per newspaper.

Already it has begun reducing newspaper pagination to enable the few numbers of staff to handle the work. Business Daily, which usually has 32 pages has dropped to 24, while Taifa Leo will came down from 24 to 12 but was raised to 16 after readers protested. Daily Nation which has 48 pages could come down to either 40 or 36.

Most of the staff started Tuesday working at home from Tuesday last week in compliance with the government request to have people work from home to ensure social distancing and limit interactions, which are key preventive measure in Coronavirus infection.

“ …while you are away you maintain a healthy routine and be prepared for a possible early recall depending on the risk of infection,” Mutuma says. “Ensure that you are in constant touch with your supervisor, that we know where you are at all times and strictly obey all health guidelines to prevent infection.”

Last week, tension had been building at Nation Media due to unusual delays in paying salaries. NMG usually pays its permanent staff by 25th but this time did so almost a week later. It wasn’t immediately clear what caused the delay, but fingers pointed to a cashflow hitch.

Some thought NMG was changing its system to effect new tax reliefs – 30% to 25% for income tax and tax break for those earning up to Ksh24,000 – yet the tax measures take effect at the end of April.

There’s still unease at Nation Centre even as staff work from home and others proceed on leave. After Royal Media Services cut all employees salaries by 20-30%, there is speculation that it’s a matter of time before NMG does the same, followed by other media houses like Standard Media, Mediamax and Radio Africa group.

The Nation Media Group Board met on Tuesday, where directors discussed strategies to minimize the Coronavirus disruption, and the possibility of halting printing some newspaper titles if that will make economic sense.

For newspapers, the Covid-instigated quarantine has been an eye-opener. It brings home the growing currency of having a vibrant digital platform in easy-to-consumer monetisable formats. Newspaper circulation has dwindled with movement of people restricted and some newspapers are promoting house delivery and digital versions.

Also, and this is something to watch out for in the post-Covid period, media houses are likely to fall in love with the idea of people working from home and adopt an outsourcing model for various functions like editing, writing and design. This can cut down on office expenses like rent and other amenities and in the process knock off in-house jobs.

Focus turns to Standard, which is in the process of retrenching 170 employees, and Mediamax which recently fired 160.

With increased Covid-19 cases, the prognosis looks gloomy for the economy and the media industry at large. Advertisers are slowing their spend and soon this will hit media houses even harder. 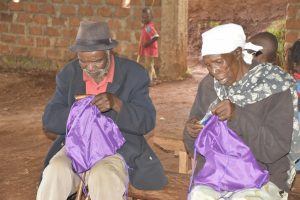