Safaricom wants Telkom Kenya and Airtel to pay their debt amounting to about Ksh 1.3 billion before they proceed with their plans to merge.

The telco said this in response to claims made by Telkom CEO Mugo Kibati that Safaricom is the reason behind the delayed merger after it wrote to the Communications Authority urging them not to approve of the merger before certain concerns are addressed.

Safaricom acting CEO Michael Joseph said that both Telkom and Airtel owe them (Safaricom) Sh 1.3 billion which is to be paid before they proceed with the merging plans. In a statement seen by Business Today, Safaricom claims that the debt was incurred for the provision of various services including interconnections, co-location and fibre services.

“This debt is due and payable, based on the agreement to provide services entered into with the two entities as distinct operators. Our expectation is that the payment obligations should be settled in full before the transfer of business is effected,” Michael Joseph said in the statement.

Safaricom also claimed that the Merger between Telkom-Airtel will create a disproportional imbalance in the Spectrum allocation, which will be inconsistent with the market share. Airtel and Telkom will jointly hold 77.5 MHz of the spectrum against a customer base of 17.3 million, compared to Safaricom’s 57.5 MHz with almost double the customer base at 31.8 million.

“Given the size of Safaricom’s customer base in comparison to the current spectrum holdings, it is apparent that the transaction will create a disproportionate imbalance in the spectrum allocation, which will be inconsistent with the market share,” the acting CEO said.

Telkom Boss told Journalists on Tuesday that Safaricom’s letter to the Communications Authority is the reason why the Merge plans have stalled. Mr. Kibati claimed that Safaricom was doing this to reduce competition that the Merger will bring to the Industry.

In February, Telkom and Airtel firmed up the discussions by signing a binding agreement to combine their respective mobile, enterprise and carrier services businesses in Kenya to operate under a joint venture company to be named Airtel-Telkom.

Both Telkom and Airtel Kenya have been struggling to stay afloat in a market dominated by Safaricom. Latest data from Communication Authority of Kenya show that while Safaricom saw its net profit for the financial period ending March 2019 increase to Ksh63 billion, Airtel Kenya’s declined.

In the deal, a joint venture unit known as Airtel-Telkom will be formed, but which will exclude Telkom’s real estate portfolio and specific government services. 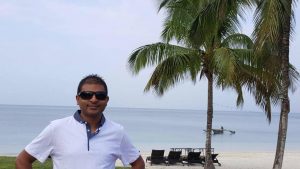