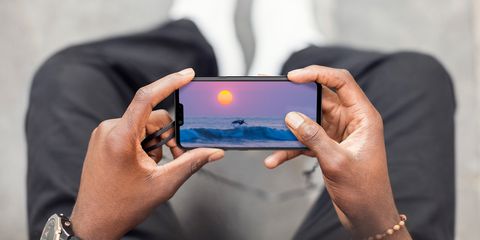 Two p**n websites and three b*****g sites feature among the top 10 websites that Kenyans frequent, a new report by Nendo, a Kenyan digital growth consultancy firm shows, exposing a worrying trend where Kenyans are increasingly spending more of their time engaging in social evils at the expense of their own development.

Nendo’s report dubbed The State of Mobile Data 2019 shows that Google, Facebook, YouTube, Betin.Co.Ke, XVideos.Com, betPawa.Co.Ke, Sportpesa.Co.Ke, Xnxx.Com, Googleweblight.Com and Twitter are the most visited websites in the country. 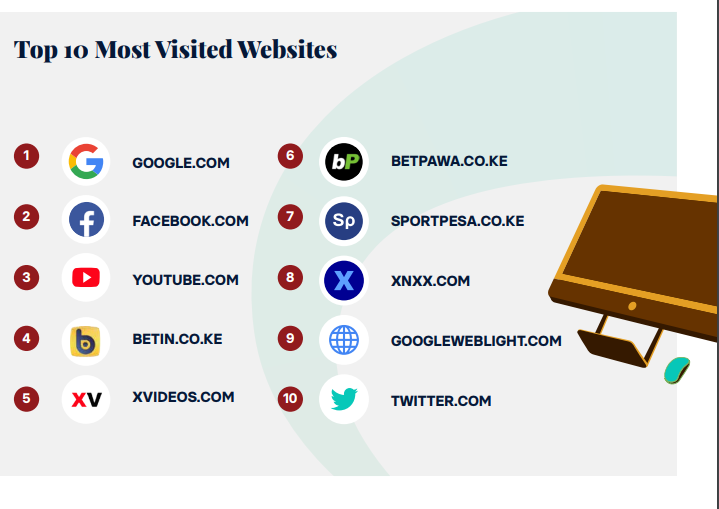 The overlapping features among the top 10 websites are search, sport, social, stories and s*x which the report describes as the 5 S’s of the Kenyan internet.

“Google commands 96% market share of searches in Kenya. Google is also the operator of the Android mobile operating system. Android is the “default” operating system of more than 98% of smartphones in Kenya eclipsing the more expensive Apple iPhone and niche Windows Phone devices,” reads the report.

“In comparison to Uganda, Rwanda, Burundi, Tanzania and Ethiopia, no other East African country has more sports b*****g or a***t websites in its top 10 list of websites,” reads the report.

E*******n Cabinet Secretary George Magoha has been vocal in calling for p**n sites to be blocked saying that consumption of pornographic material was the reason behind the unprecedented high number of teenage pregnancies among school-going children last year.

“The girl child needs a lot of care because she is the most affected,” said the KNEC boss,” said Magoha during a function at the Kenya School of Government (KSG) in November last year “Getting pregnant when you are not ready is primitive. It shows that there is moral decadence in society, and that parents are negligent.”

Conversely, one third of the most popular websites Kenyans visit are sports b*****g websites.

The government has in the recent past slapped b*****g firms with different sets of taxes to make the enterprise expensive and has also banned b*****g adverts on Kenyan media effective May 30 this year.

The world’s second largest search engine after Google is a popular destination for news, entertainment, sports, politics, current affairs, music and other topics.