According to the survey, the notable use of TV as a source of news may be attributed to the following: the relative affordability of TV sets; the success of the digital migration exercise; and the proliferation of pay TV bouquets that are well within reach of low income as well as middle income houses.

A majority of Kenyans (52%) watch news on television most
often illustrating a general interest in current affairs and their need to constantly stay informed, a new survey commissioned by the Media Council of Kenya indicates.

In the print media segment, a paltry 23% of the surveyed respondents indicated that they read newspapers on a regular basis. This highlights the continued decline of newspaper readership in the country.

According to the survey, the Daily Nation and Standard are the most popular print publications standing at 52% and 31% respectively.

The free sheet People Daily (PD) comes third at 8%, Star (6%) while Taifa Leo and The Nairobian tie in fifth position with 2% of the readership.

The preference for weekly reading of newspapers indicates one of two things: either those who regularly read newspapers are unable to afford them every week or they buy newspapers on specific days of the week based on their interests.

About 3 in 10 of the surveyed respondents prefer to buy their own newspaper copies. Reading newspapers in shared public spacess such as hotels, social joints and public vehicles (21%) and at points of sale (20%) are also notable ways of accessing newspapers.

According to the MCK survey, the use of Social Media continues to grow in the country with a majority (54%) of the surveyed respondents indicating that they use Social Media.

This growth can be attributed to a number of factors: the relatively low cost of Internet enabled phones; competitive data bundle plans offered by the three Mobile Phone Service Providers; and the increasing popularity of Social Media platforms such as Facebook, WhatsApp, Twitter, YouTube, Instagram and Linkedin.

Of the Social Media platforms used to receive news by the surveyed respondents, Facebook (32%) and WhatsApp (31%) were noted to be the most prominent.

Of the Social Media platforms used to share news by the surveyed respondents, Facebook (38%) and WhatsApp (37%) were noted to be the most prominent.

Of the surveyed respondents who use Social Media, a majority (24%) use it to network with other people which indicates that more social interactions are moving to the digital realm. About 2 in 10 respondents uses Social Media for entertainment and 18% use it to access breaking news.

According to the survey, the notable use of TV as a source of news may be attributed to the following: the relative affordability of TV sets; the success of the digital migration exercise; and the proliferation of pay TV bouquets that are well within reach of low income as well as middle income houses.

Further, the increase of homes connected to national power grid courtesy of sustained rural electrification campaigns has been a big contributing factor.

On the other hand, the growing popularity of Social Media may  contribute to a declined use of radio as a source of news in the long term.

With a paltry 9% stating that they have “no confidence at all” in the media, it can be surmised that Kenyans generally have confidence in the country’s media, the report says.

The single most important reason for trust in the media, according to the surveyed respondents, is that it reports important issues as stated by 23% of them. The Kenyan media is, therefore, still seen as an important institution in ensuring that public interest is protected.

A majority (89%) of the surveyed respondents indicated that they do not have issues with media reporting further highlighting the public’s confidence in the institution.

On the other hand, Social Media reports are perceived to provide
inaccurate information more often than other media platforms. This is consistent with the phenomena of “fake news” or unverified news reports universally associated mostly with Social Media.

Read: How your data bundles are gobbled up to make advertisers richer

The survey was conducted by Infotrak Research and Consulting on behalf of the MCK between April 18 and April 26 through Computer Assisted Personal Interviews (CAPI).

A sample of 2,518 respondents was interviewed to represent the Kenyan adult population. 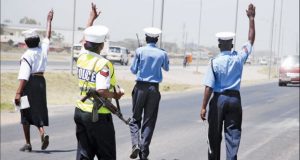