The article detailed how Mahiga Homes housing units were a pale shadow of what was promised to buyers as they lacked basic amenities like water, electricity and sewerage system. [ Photo / Mahiga Homes - Twitter ]

On the morning of 10th June this year, two directors of Mahiga Homes Ltd and their lawyer stormed the third floor of the Nation Centre, which hosts Daily Nation editorial offices. The issue was an article that appeared the day before which they claimed was “false” and for which the Daily Nation “must apologize or face legal action”.

The furious Mahiga Homes directors – Patrick Waweru  Muchoki, Joseph Thuo Ruhiu –  accompanied by their lawyer Janet Kiboi had earlier written a letter to Nation Media Group threatening to sue. But instead of waiting for a reply from the media house legal department, they decided to go to the newsroom to see the editor.

The story that appeared on page 32 of the Daily Nation Smart Company pullout on 9th June was critical of Mahiga Homes for failing to complete its off-plan housing projects in Kiambu, Nairobi and Kajiado counties.

The story, written by Journalist John Mutua, detailed how housing units of Mahiga Homes were a pale shadow of what was promised to buyers as they lacked basic amenities like water, electricity and sewerage system.

However, in a letter to Nation Media Group legal adviser Sekou Owino, Mahiga Homes company lawyer Janet Kiboi demanded that the Nation Media Group pull down the article from its website and apologize publicly “for causing damage to the company’s image”.

“The Daily Nation being a newspaper with a nationwide circulation has adversely tainted the company’s image. The words in the article are in their ordinary meaning and understood to mean by right thinking members of the public that Mahiga Homes Ltd is indeed dubbed as fraudulent and lacks integrity,” reads a letter from Mahiga Homes Ltd.

A few days after the article was published Mahiga Homes director Patrick Muchoki placed a full-page advert in the Daily Nation.

A few days after the article was published Mahiga Homes director Patrick Muchoki placed a full page advert in the Daily Nation with his photo under the banner “”Mahiga homes partners with Daily Nation as it reaches people in all corners of the country”.

On Sunday June 14th the article went missing from the Daily Nation website for a few hours before it was uploaded back. On Tuesday 16th June Daily Nation ran a positive article on Mahiga homes titled “How real estate firm is navigating virus crisis” detailing the company’s achievement in real estate and how its dealing with Covid-19 effects, as the newspaper tried to sanitize the company.

Things turned dramatic in the newsroom when Peter Mwaura, the Nation Media Group Public editor, received emails and calls from readers asking why Daily Nation was sanitizing Mahiga Homes and which of the two stories was true.

Mr Mwaura accused the editor of violating Nation Editorial policy.  “He did not respond respond to my questions as to what went awry in publishing the glaringly contradictory stories about Mahiga Homes, all within the space of one week. Nor did Mr. Mutua respond to my question as to whether he still stands by his expose,” Mwaura wrote in his weekly Friday column in the Daily Nation of June 26th.

Mahiga homes has been the subject of discussion on social media with home buyers complaining of poorly done house units in Nairobi and Kajiado.

The Kenya Revenue Authority (KRA) is already skimming through the company’s bank records, tax returns and other transaction details. 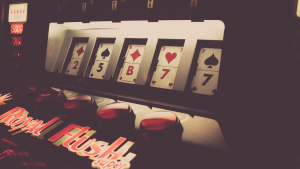 COVID-19 Impact On the Gambling Industry Now (And in the Future)
Demand for online gambling has increased while bingo halls, casinos,…