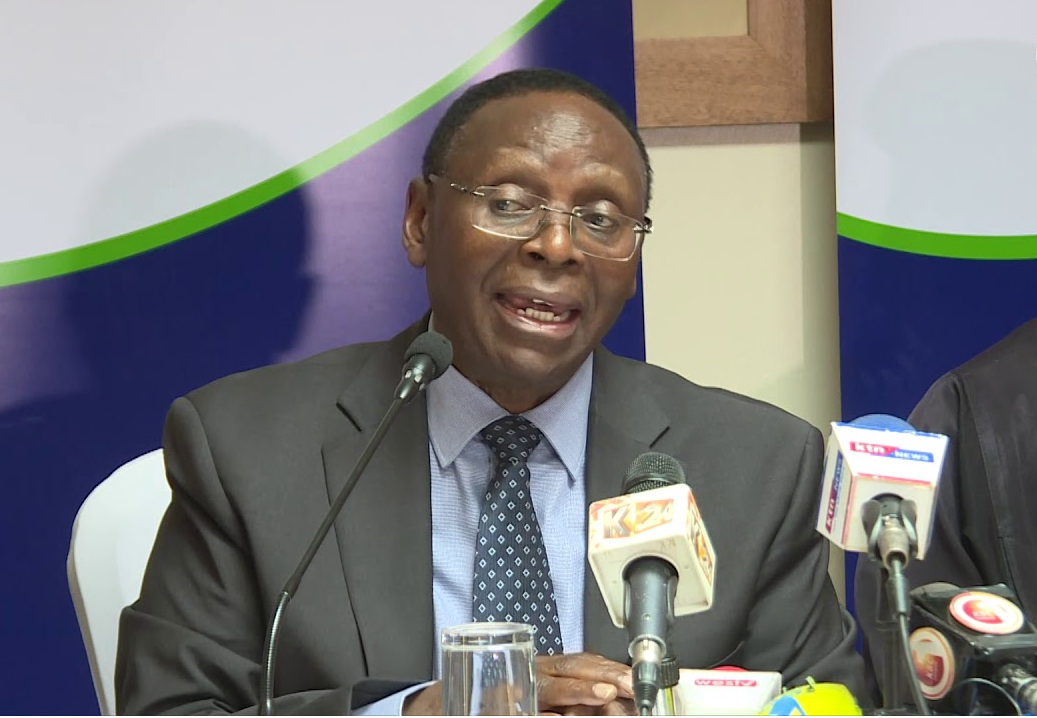 NMG board chairman Wilfred Kiboro says the unprecedented general restriction in the mobility of people across the markets has dampened newspapers sales. [ Photo / Business Daily ]

In a development that bodes ill for news business in Kenya, the Nation Media Group has issued a profit warning, the first time in recent history, signaling tougher times ahead for both its employees, shareholders, and the media industry in general.

In a cautionary statement issued on 22nd May 2020, the company’s board of directors said profit for 2020 financial year would drop by at least 25%, piling more pressure on a media industry reeling under a steady drop in advertising over the past few years and, lately, the adverse effects of the Covid-19 pandemic.

No surprise for analysts

Nation Media Group (NMG) has been one of the most formidable businesses not only in media but also among companies listed at the Nairobi Securities Exchange. Among its peers, it is taken as the barometer for the performance of the media industry in Kenya.

“The outbreak of COVID-19 global pandemic,” said NMG board chairman Wilfred Kiboro, “presents an unprecedented risk to the economy in 2020 and possibly beyond.”

Consequently,  he said the Board of Directors had reviewed the NMG’s performance forecast for the current trading period, capturing other economic factors, and determined that the earnings for the financial year ending 31st December 2020, would be lower than the previous year’s by at least 25%.

The Board of Directors of Nation Media Group PLC made the announcement to the shareholders, investors and general public in line with the provisions of the Fifth Schedule of the Capital Markets (Securities) (Public Offers, Listing & Disclosures) Regulations, 2002.

For many analysts, however, the profit warning is not surprising. NMG’s earnings have been on a steady downfall over the past four years. Last year, 2019, the group recorded a 23% drop in profit before tax to Ksh1.3 billion from Ksh1.6 billion in 2018.

Mr Kiboro, donning a brave face, said the company had taken appropriate actions to safeguard the safety of its staff as a priority, alongside ensuring continuity of its operations within the guidelines prescribed by the East African governments to present the spread of Coronavirus. He, however, said the various response measures rolled out to contain the spread of the novel virus have precipitated a significant decline in the revenues.

“Specifically, the pandemic related disruptions and the resultant financial challenges which many businesses are facing in their operations have resulted in holding back of marketing and advertising activities,” he said.  Besides, the unprecedented general restriction in the mobility of people across the markets has dampened newspapers sales.

“The company will sustain ongoing interventions to minimize the overall impact of the pandemic on its results for the year while accelerating the implementation of its strategic initiatives to safeguard the company’s success in the long term.” He said the Board remains confident of the company’s long-term strategy.

The media industry in Kenya has been under some kind of siege, with ad income shrinking due to a sudden change in government advertising policy and a slowdown in the economy.  The Covid-19 pandemic has tipped the scales for media houses, squeezing revenues further and forcing them to make drastic cost cutting measures including pay cuts and layoffs.

Standard Media Group, and Mediamax Network Ltd have already issued redundancy notices to their employees, while Radio Africa Group has effected pay cuts. Standard Media, which is more likely to issue another profit warning in 2020, closed 2019 with a loss after tax of Ksh484 million compared to a profit after tax of Ksh261 million in 2018, after recovering from a loss of Ksh210 million in 2017.

NEXT READ >> A CEO Shares Her Thoughts on Managing Coronavirus Disruption