Trade and Industry Cabinet Secretary Peter Munya and NASA leader Raila Odinga during the briefing on the setting up of a Special Economic Zone and revival of Kicomi on Thursday. [Photo/RAO's Communication and Information Unit/Facebook]

Opposition leader Raila Odinga was on Thursday briefed on the setting up of a Special Economic Zone in Kisumu, the revival of KICOMI and related projects in the region by Trade Cabinet Secretary Peter Munya.

Raila expressed satisfaction with progress towards setting up the SEZ in Kisumu, including the acquisition of more land and efforts to rope in some of the existing industries to be part of the SEZ. He similarly appreciated work on revival of KICOMI including work undertaken to assess its current state and possible sources for funding for both projects.

He asked the ministry to fastrack both projects in close collaboration with the county government and local institutions of higher learning. Raila further called on the ministry to factor in agricultural activities in addition to industries in setting up the SEZ and the revival of KICOMI.

The meeting came on the day President Uhuru Kenyatta was expected to launch the Ksh 3 billion Kisumu Port, which one of the biggest projects initiated in Western Kenya since the March 2018 handshake handshake.

However, the exercise was pushed back as the seven month revamp of the port has only covered 80% of the work.

The initiation of various projects in the lakeside region has sparked protests from allies of Deputy President William Ruto, who accuse Raila, the Africa Union High Representative for Infrastructure Development in Africa, of neglecting other parts of the western Kenya.

Since the handshake deal, the national government has also constructed  the Koru-Mamboleo Road, an oil jetty and Kabunde airstrip. Another Ksh 4 billion has also been allocated to the blue economy.

“Raila no longer values western where he claims to be the 13th grandson of Wanga King Nabongo Mumia,” Dr Khalwale said.

At the Coast, Malindi MP Aisha Jumwa also criticised the handshake, saying it has only divided the region. “I was among those who supported the handshake, but I discovered that it was not for unity. When I decided to back the DP, I was expelled from the party,” she said. 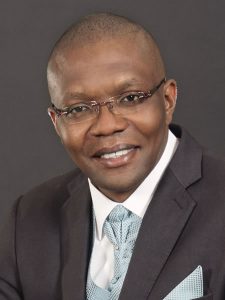