Francis Menya, the CHief Operating Officer (COO) of Real People Kenya which has extended the maturity dates of its three-year and five-year bonds. [Photo: realpeople.co.ke]

Noteholders in two Real People Kenya bonds approved a resolution to extend the maturity dates of the debt issue.

A statement by the credit only Micro Finance Institution (MFI) dated August 14 said the extraordinary resolutions were taken during a meeting of the noteholders on August 1.

The meeting comprised noteholders of the Ksh267 million three-year and Ksh1 billion five-year senior unsecured notes. The tranches were due in 2019 and 202 respectively.

For the three-year tranche, the maturity date which was meant to be on August 3, 2019, has been pushed to February 28, 2020. This, however, is on condition that the Real People Kenya Ltd secures an agreement with an investor who will be approved by 75% of the noteholders.

Unsecured notes are debt issues that are not secured by the issuer’s assets. In this case, therefore, the tranche is not secured by the assets of Real People Kenya Ltd. The fact that they are not backed by any collateral means it presents more risk to lenders. This, in turn, leads to higher interest rates.

The notation “senior” means that it takes precedence over other types of debt, in that senior noteholders are the first to be paid if any assets are left over in case of a firm’s liquidation.

Real People Kenya first received the approval to issue bonds on the Kenyan market in 2015.

The approval from the Capital Markets Authority (CMA) allowed the firm to issue up to Ksh5 billion. The notes were allowed by the regulator to be listed on the Fixed Income Securities Investment Segment (FISMS) of the Nairobi Securities Exchange (NSE).

Investors were allowed to apply via a minimum lot of Ksh100,000.

Real People Kenya is a subsidiary of Real People Group from South Africa. It began operations in Kenya in 2006 and was previously known as African Provident Limited.

By 2015 the, microfinance lender had risen to be a leading microlender in the country. Its financials however by end of March 2017 read of losses amounting to Ksh591 million. At the time, audit firm Deloitte had cast doubt on Real People’s ability to continue its East African operations. 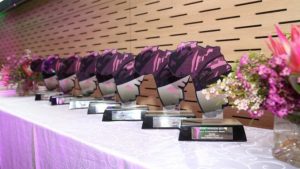