Daily Nation action has left journalists distraught and wondering what happened to the hallowed independence at the Twin Towers. [ Photo / Nairobinews ]

As the media industry comes to terms with revelations of Standard Group being forced to recall its Monday newspaper to remove an article on Raila Odinga’s family, it has emerged that the Nation Media Group had to swallow a similar pill just a day later.

Reports indicate that NMG, Kenya’s leading media house by revenues, had to withdraw the same story that Standard had pulled off the press in circumstances that are casting a dark spot on Kenyan media’s editorial independence.

It is understood that the article, which is a straight report from the court where Raila’s wife Ida is challenging her son Fidel’s widow on wealth inheritance, was pulled out just before the newspaper went to press.

The article had been slotted as the main story for Taifa Leo, the media house’s Kiswahili daily, and a big story inside the Daily Nation, which is headed by Pamela Makotsi. Inside sources say the article was removed from both papers last evening around 7:30pm.

Daily Nation is overseen by Mutuma Mathiu, the NMG editorial director, who is seen as the last line of defense for media freedom in Kenya.

As Nation Media cowed under pressure from the former Prime Minister as he moves to reduce readership of the court case, The Star took advantage, displaying some spine by publishing it as its main story today. The paper made a big leap in sales courtesy of the story.

It is now clear Raila, like many top politicians, holds sway in the media. Now with the handshake roping in the support of President Uhuru Kenyatta, he has gained quite some muscle and bargaining power both in media and political circles.

The Nation action has left journalists in the media house distraught and wondering what happened to the hallowed independence at the Twin Towers. It will be interesting to see if Nation and Standard will follow the case in court, with hearing set for tomorrow, Wednesday 16th, 2019.

It is understandable why Raila would want to water down the story. The litigation is painting the Railas as a family at war with itself and, the ODM leader is trying to shield the bad publicity that comes with fighting a hapless widow.

The story has gone viral on social media after Business Today published contents of the court case. The Star, too, did justice on the case, in which Ida and her last born daughter, Winnie, have ganged up to oppose the award of administration rights of Fidel’s estate to his wife Lwam Bekele, with whom they had a son.

The battle revolves around Fidel’s properties which include a house in Karen, two plots in Kisumu and one in Kajiado as well as seven bank accounts and four cars that he left behind. The family script has changed and Ida now accuses Lwam of being behind Fidel’s death as she left Kenya for her home in Ethiopia immediately her husband was buried and investigations began into his mysterious death in early January 2015.

This war appears to be snaring Kenya’s biggest media house, leaving the case for smaller media houses and online platforms.

It will be an interesting case to follow especially with the introduction of twins in the mix, whom Ida says were sired by Fidel before he died. They were born six months after his death, according to birth documents presented in court. 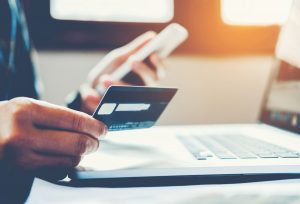 Unlimited Opportunities for Jobless Kenyans Lie in Digitisation
With the digital economy carrying the promise of unlimited opportunities,…