Lwam Bekele, who claims Raila family has not been supporting her, says if it’s proved twins were sired by Fidel, she would include them as beneficiaries.

Mama Ida Odinga, the wife of Raila Odinga, is a reserved woman who avoids publicity, especially the controversial kind. She cuts the image of a caring mother not just for her family but the nation which is the playground of her husband’s politics.

But she has thrown herself into the limelight in the succession case of her son Fidel in which, teaming up with her last born daughter, she is taking on Fidel’s widow in a battle for wealth that’s already turning attention to one of Kenya’s most prominent families.

Raila managed to stop the Standard newspaper from running the story in dramatic events that saw the press stopped and top story replaced. But Business Today has managed to see the court documents that offer a peek into how wealth can blur relationships and turn relatives into foes.

Ida goes to the extent of accusing Lwam Bekele of masterminding the death of his son. In statements to detectives captured in court documents, Ida says Lwam was behind the mysterious death of Fidel, their firstborn, in January 2015.

These sensational claims have blown the lid off the boiling blood between in-laws in a classic case that could paint the Odinga family in negative light if they lose the suit. Lwam, for her part, says Ida has been making “false and unkind” remarks about her in connection to the sudden death of her husband.

Raila family became uncomfortable when Lwam was granted the letter of administration of the Fidel Castro Odhiambo Odinga’s estate, which is believed to be worth billions.  This prompted Ida and her daughter, Winnie, to file an objection to that, arguing that Lwam is a suspect in the death. They claim she vanished soon after Fidel was buried and investigations into the death were launched, then cut off communications.

The death of Fidel remains a mystery as it was a major blow to Raila’s family as he was seen as heir-apparent of his father’s political dynasty as well as business empire. His body was discovered in his Karen house on a Sunday morning after spending Saturday afternoon and evening with friends before being driven home by a taxi.

At around 6.30am, Lwam said she went to check on her husband only to discover his lifeless body. She then called her mother-in-law, Ida. “It remains unclear why she hastily ran away and kept off the family,” Ida and Winnie say in their submission.

To strengthen her case seeking to have the court to wrestle Fidel’s estate from Lwam, Mama Ida reveals that Fidel had twins from a different relationship. Birth documents show the twins were born six months after Fidel’s death but do not indicate the father of the minors.

While the certificates indicate that the minors were born on July 1, 2015, Ida claims the late Fidel supported the minors while he was still alive. Lwam, who claims the Raila family has not been supporting her son’s education, says if it’s proved the two were sired by Fidel, she would include them as beneficiaries. 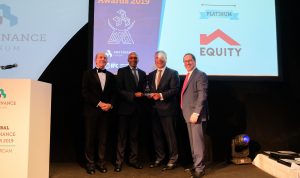