Kenya Football National Team, Harambee Stars, is yet to win a match under Coach Francis Kimanzi with one loss and a draw in their last two fixtures.

Kimanzi was appointed by the Federation of Kenyan Football (FKF) to take over Frenchman Sebastien Migne who was fired because of poor results. However, looking at Migne’s tenure managing the Harambee Stars, it is fair to say he wasn’t badly off.

Migne managed to take the team to the African Cup of Nations after missing out for 14 years. The performance at the competition was not good but getting there was a big win for Kenya. It is only a matter of time before his successor is put on the spot for poor results.

Perhaps, the coach is not the problem. Actually, there is more than one problem ailing the national football team. For Harambee Stars to be assured of a bright future, a few things should be changed as soon as possible.

Invest in the Youth Team

Saying that Kenya has a chance of making it to the Qatar 2022 will be like building castles in the air. The performance at AFCON was enough proof that the team still has a long way to go. The current team can focus on qualifying for AFCON first, not winning it, just qualifying.

The Kenyan football governing body, FKF, should put more effort into the younger team. The teams that are currently representing the country in the Under 17s and Under 19s. These kids are the future of Kenyan football and they ought to be treated as such.

The recent performance of the Under 20 team was commendable but there is no sign of the future. The young lads should have won the cup to show promise of a good future. The main team has been participating in the CECAFA but only won it once in 2017 through a penalty shootout.

To show promise of the future, the youth team should have won the cup. The Under 15 team also got to the final of the same competition but failed to win against Uganda conceding 4 goals with no reply in the finals.

The under 20 and under 15 teams did not fail to win the CECAFA because they are not talented but because of how the teams were prepared for the events. This comes down to structures in the management of food. Getting the best out of a youth team is based on how the young boys are taken care of. Structures put in place by the management to get the best out of the team.

Take the France national team which won the 2018 World Cup, for instance, it took years of development to achieve that victory. The team that won the World Cup was a lesson France learned losing the 2006 World Cup final.

After the 2006 World Cup loss, France went back to the drawing board and created a team that would probably win the 2018 and 2022 World Cup. The squad is still young and has years to play football.

Kenya needs this kind of preparation, setting up a young team that would come to shake Africa, ad most probably the world in the future. All we need is good structures in the system. Structures that work.

Player motivation is an issue that has been recurring in Kenyan Sports for years. Players have always complained about unpaid allowances and lack of motivation. One time the team was forced to pay on empty stomachs after they arrived at the venue 30 minutes to the game and had not eaten.

There were some improvements during AFCON as players were paid all their allowances before they landed in Egypt for the tournament. However, the issue resurfaced after the competition as players said they were not paid their winning bonuses as they won one match in the competition.

Facilities also work as motivation. Players will definitely be motivated to play with the availability of modern training facilities. Good, quality stadia is also part of the motivation. The federation has been hiring training grounds for the national team to train on.

Put in structures that work, focus on the young stars, motivate players and see Harambee Stars become a force to be reckoned with after a few years. Firing managers every year will not better the team, it will only make it worse. 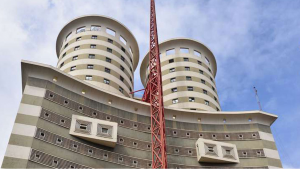