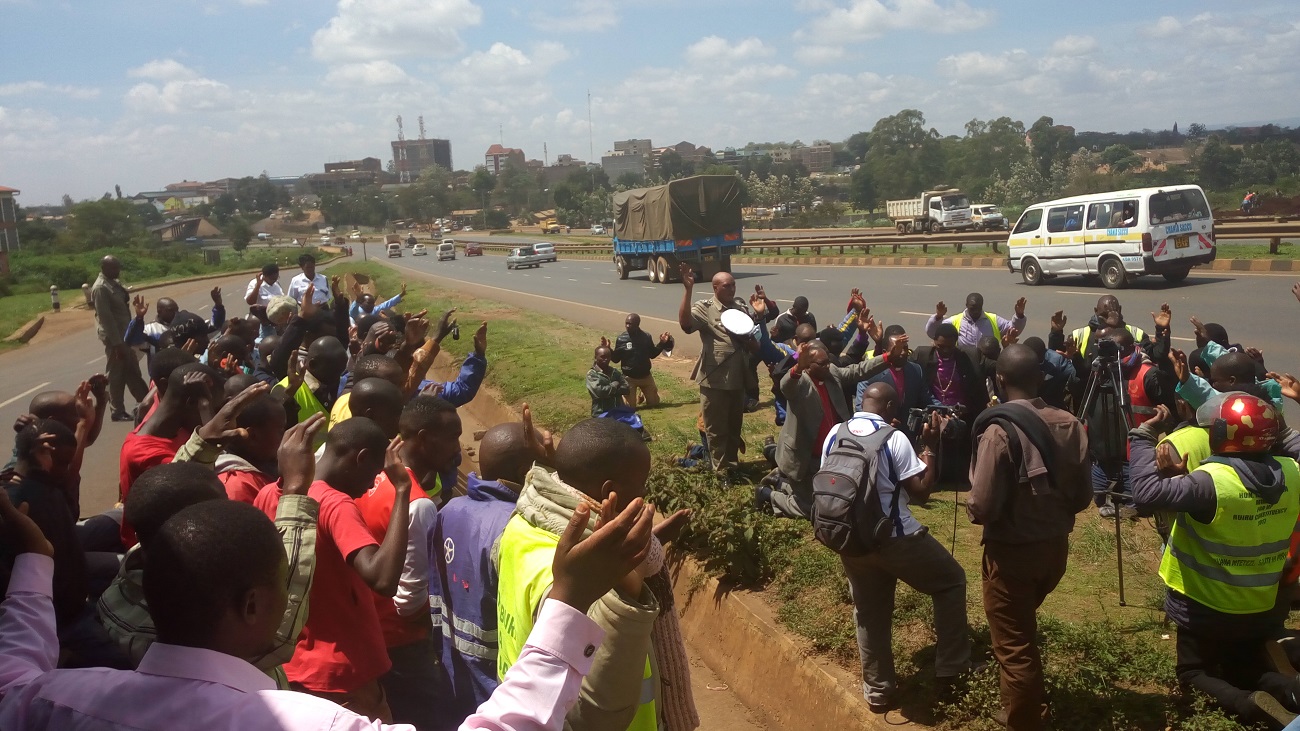 Church leaders and residents from Nyeri and Kiambu Counties Friday held prayers to cleanse and bless the busy Thika Super Highway, which has become a d***h trap, especially during festive seasons.

Christians from different denominations who have been holding prayers along the Nyeri-Nairobi highway, held prayer sessions to cleanse the stretch before heading to Witeithie and Njomoko area which are black spot areas.

The Christian Union members spent a couple of hours along the Highway, praying for divine intervention to reduce the high d***h rates that is believed to have had quite a number of people losing their lives, especially at Witeithie area.

Speeding of vehicles and reckless driving has been blamed for the frequent a*******s. Maina Karanja, a resident and business Man at Witeithie, said that almost every week people lose their lives at Witeithie.

READ: All you should know about a*******s and vehicle insurance

“It’s really sad to see the high d***h rates that occur here, the government has acted minimally to improve the situation, these d****s are due to over speeding and reckless driving along this area since no safety measures are in place such as the Fly-overs and bumps where necessary,” said Karanja.

Residents of Witeithie have been complaining for quite some time now and are seeking for Government’s action to construct a fly-over along this stretches so as to reduce the d****s since Zebra crossing are not effective. They claimed that over speeding was due to lack of bumps and that the zebra crossing is often assumed by drivers hence causing a*******s.

“Constructing a fly-over at this place will enhance the safety of not only residents but also children since the zebra crossing is not helpful as drivers assume it and recklessly drive past while over speeding and without caution,” said a resident.