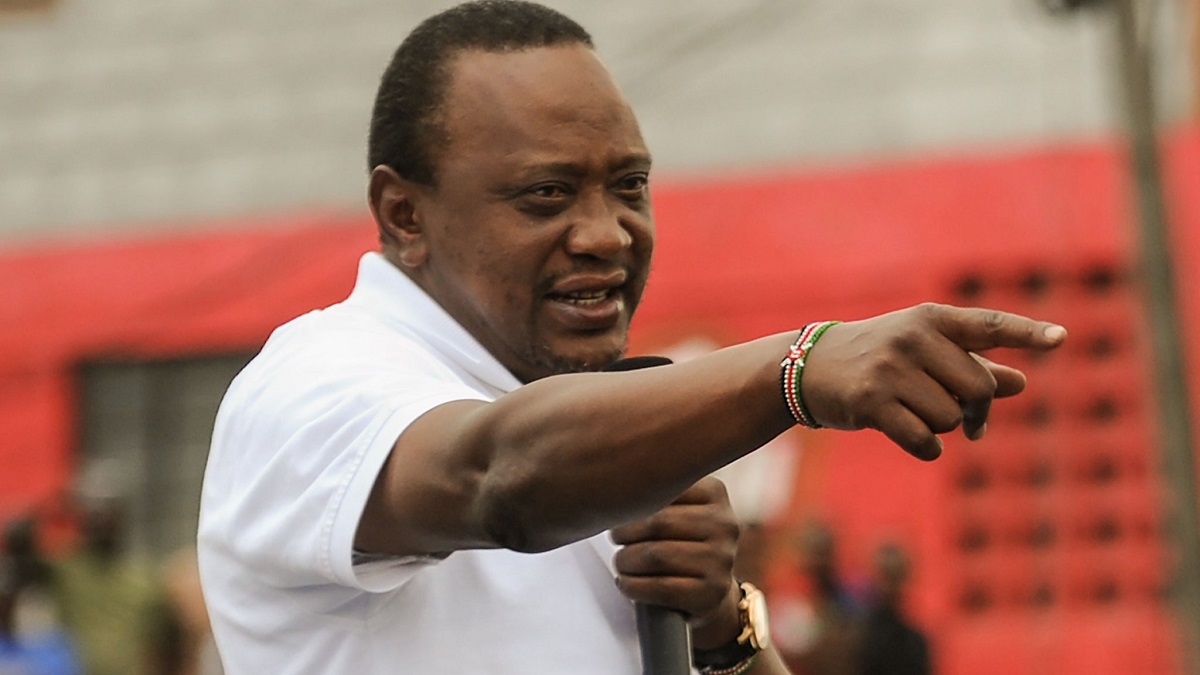 President Uhuru Kenyatta today ordered journalists covering a National Police Service function he was officiating to pack and leave! A visibly irked Uhuru was making his official speech at the Kenya School of Government during launch of the Service Standing Orders & other reforms documents when, at one point, he turned to journalists from various media houses covering the event and directed them to switch off their cameras and leave.

“Na nyinyi si sasa mzime hizo mavitu zenyu na mwende? Kazi imekwisha (Why can’t you now switch off those equipment of yours and leave. There is no more work for you,” he said.

Only KBC and K24 crew were allowed to stay behind. This is a clear indication that the fallout between the media and the government is not about to end despite the Attorney General’s Chambers and the ministry of Interior acknowledging receipt of High Court orders issued on Thursday by Justice Chacha Mwita.

The Judge had ordered for the suspension of the decision to switch off NTV, Citizen TV, KTN News and Inooro TV pending commencement of the hearing of a case filed by Okiya Omtatah on February 14. He also certified the case as urgent.

It also came as the human rights activist’s efforts to serve the Communications Authority of Kenya were frustrated by security agents. He is still camping at the gate.

This is the second time that journalists are being barred from covering President Kenyatta this week, the first being at Jomo Kenyatta International Airport during his arrival from Addis Ababa, Ethiopia hours after the stations were switched off for defying a prior security advice not to cover the swearing in of NASA leader Raila Odinga as the “People’s President” on Tuesday. Then as now, only journalists from KBC and K24 were allowed access to the airport’s restricted area.

READ: The dramatic arrest of NRM General in Runda

Interior Cabinet Secretary Fred Matiang’i has said the TV stations would remain off air until investigations are concluded.

Already, Ruaraka MP TJ Kajwang has been arrested and arraigned in court while lawyer Miguna Miguna was dramatically whisked out of his Runda home Friday morning.

Early, Friday, the United States, United Kingdom and the European Union had called on the government to stop infringing freedom of the media and the press.

“Freedom of expression, including for members of the media, is essential to democracy and is enshrined in Kenya’s Constitution. We urge the Government and all Kenyans to respect freedom of expression and implement court orders calling for the restoration of television broadcasts,” State Department spokeswoman Heather Nauert Nauert said.