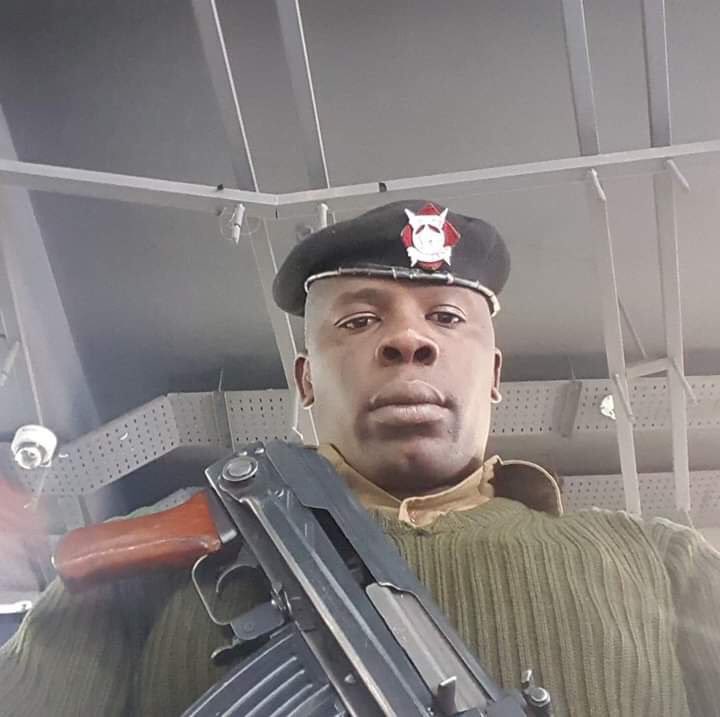 An Administration Police officer has won praise online for his heroic act, which resulted in the recovery of Ksh 400,000 that had been stolen from a robbery with violence victim.

According to a crime report from Parklands Police Station in Nairobi, Joash Ombati, was on guard duties at NIC Bank in Westlands on Wednesday when he saw a man being thrown out of a moving car while shouting “wezi wezi.”

He immediately took a taxi and gave chase and managed to intercept the vehicle at the junction of Westlands and Mpaka Road. A search resulted in the recovery of the money though the victim said he had given out Ksh 732,000 for purchase of construction materials that had been advertised on online platform, OLX.

Police said Amos Charo Saro had travelled from Voi to buy the cheap materials and the two suspects, Sameer Abdulaziz Kassim and Peter Kavoi Musili took him to Westlands where they boarded a vehicle with the intention of taking him where the materials were to meet one Patel.

“They then took the money while driving and threw him out of the vehicle and drove off near NIC Bank. APC Ombati saw as he was on guard duties at the said bank and gave chase. Recovered was Ksh 400,000/- though complainant allges to have given out Ksh 732,000/- for the materials. Also recovered is the vehicle KBJ Toyota NZE white in colour,” reads the Parklands Police dispatch.

The suspects were set to be arraigned in court to face robbery with violence charges.

Kenyans on Twitter praised the AP officer, with one commending him for arresting them instead of shooting them dead as is often the case. The office shot eight times during the chase.

After arresting them, he could be seen on videos circulating online thwarting members of the public from beating the suspects as he waited for reinforcement.

I’m particularly impressed by the bravery of this cop Joash Ombati who responded to a robbery he witnessed the two thugs push out victim & sped off, immediately got on a taxi & gave them a chase.

Impressive that he apprehended & didn’t spray them with bullets like rest. Kudos! pic.twitter.com/qU0VPjnaMr

Yesterday in westland area, AP Constable Joash Ombati, number 234433 saw a man being thrown out of a moving vehicle shouting wezi wezi.
He decided to help the man, he took a taxi & gave the vehicle a chase. He managed to intercept the vehicle and recovered 400k.
He is a HERO. pic.twitter.com/vekmjBXI3H