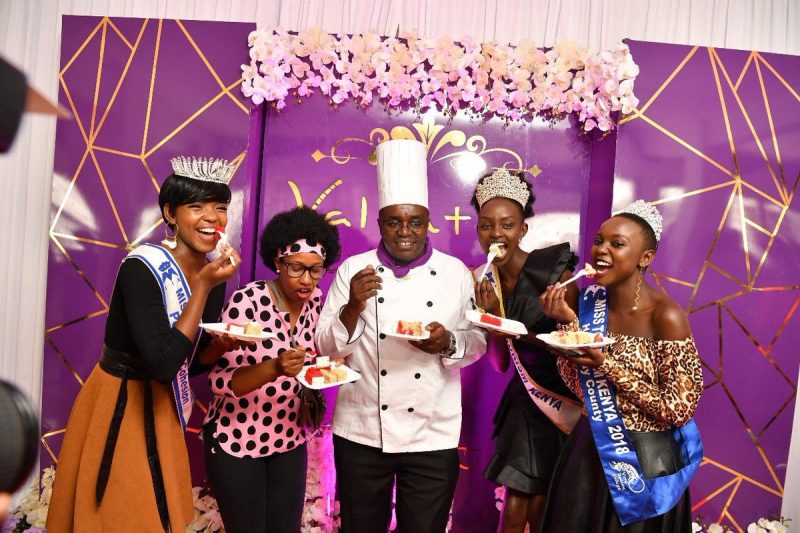 In 1997, Valentine Cake House proprietor Matthew Githua quit his job as a pastry chef at Sarova Panafric in Nairobi having earned Ksh27, 000 for three months work.

Seeking to free himself from the shackles of employment, Matthew travelled to Mombasa wanting to be his own man, an entrepreneur of the biggest bakery in Kenya.

Unfortunately for Matthew, tragedy struck when his mother passed on in the same year. With her death, the little savings she had accumulated were transferred to him as the next of kin.

He set up his first bakery in Mombasa, in a wooden “kibanda” with no other kitchenware other than the baking stove he had bought and its accessories. He named his enterprise Valentine Cake House after Valentines Day, which to him was not necessarily a February 14 affair but could be celebrated on any day.

At the time, Githua had no employees; Valentine Cake House was a one man show.

The savings and the one thousand shilling note were his only hope of metarmophosizing his micro-enterprise that his business was at the time to a chain store he had always dreamt of setting up.

During the re-launch of the bakery 21 years later on October 18, 2018, Mattthew told Business Today that he used to burn the midnight oil baking the cakes at home with the help of his wife. He would then decorate the cakes during the day at his shop.

Fast forward to 2018, Valentine Cake House is now a chain store with 13 outlets across the country employing 300 people.

He narrated that during the 1990s, Mombasa residents rarely used to celebrate Valentines Day. His business strategy entailed appealing to the city’s dwellers to buy the cakes and have a feel of how the day of romance felt like, that was where the brand name Valentine came from.

Unfortunately for him, the Mombasa experiment flopped forcing him to go back to the drawing board and re-work his plan.

He came back to Nairobi with still the same passion and set up a Valentine Cake House in Ongata Rongai, a move which would be the genesis of his success. The Cake House currently has outlets in Nairobi, Thika, Naivasha and Meru.

While giving his speech during the re-launch 21 years later, he explained that the Rongai branch went from strength to strength. He narrated that as the business became more profitable, he hired people along the way.

SEE ALSO: UHURU, RAILA TO BE FETED IN LONDON FOR HANDSHAKE DEAL

For Matthew, it’s been about blood, sweat and tears as he explained that it has taken hard work to build his business through the years.

He criticized the current generation who he termed as “microwave” noting that he had observed that millenials want to be successful overnight without toiling.

Matthew said that he is a living example that hard work leads to “sweet memories forever”.

The three words are the slogan of his business now.