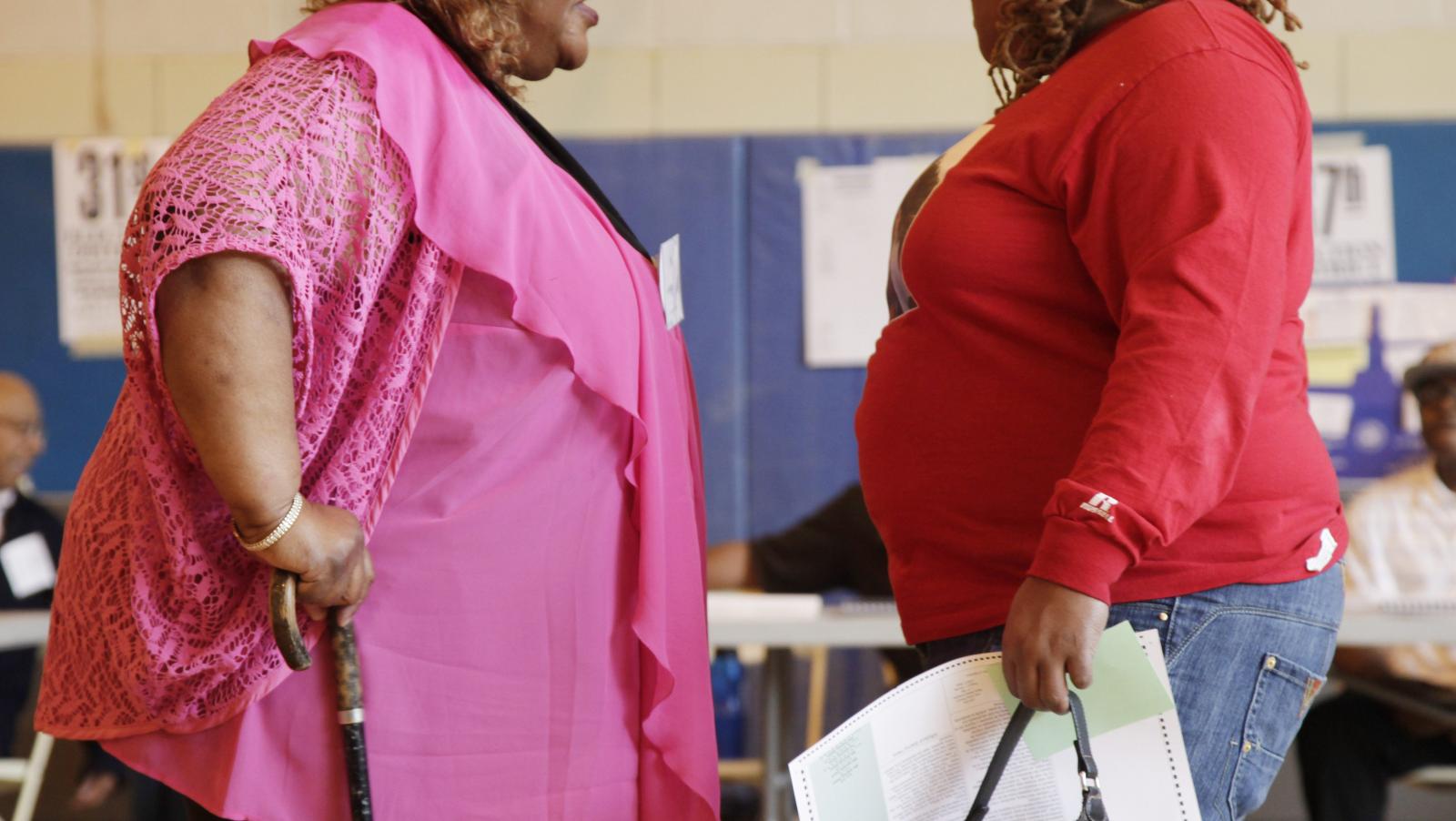 Extra large women. Nutritionist warns parents against inculcating the habit of comfort eating, which makes them to treat food not only as a means to satisfy hunger but also as a venue of entertainment, enjoyment or recreational activity with friends. [Photo/Quartz]

Kenya is staring at ever-increasing obesity among children, which if not addressed could give rise to lifestyle diseases in later life and impact negatively on the achievements of Universal Health Care (UHC).

According to a nutritionist  expert, David Maina,  lack of physical activity, unhealthy eating habits and the availability of fast food in every other corner of the country has contributed to overweight children who were susceptible to non-communicable diseases.

He said childhood obesity was a serious concern for health experts because the extra pounds frequently lead the children to health problems that were in the past considered to be adult health hitches.

Maina who was speaking during a seminar on childhood nutrition at a Nakuru hotel said the early onset of diabetes, high blood pressure, excess cholesterol in children requires the government to take notice and implement programmes in schools, urban areas and rural areas to combat it because obese children transform to obese adults.

“The overweight children are more likely to remain obese even in their adulthood and develop cardiovascular diseases as early as their late twenties and thirties. And that translates to more expenditure on health, which will dent the economic status of the country,” he said.

He warned parents against inculcating the habit of comfort eating, which makes them to treat food not only as a means to satisfy hunger but also as a venue of entertainment, enjoyment or recreational activity with friends.

Maina  added that once children get used to the negative habit of comfort eating, throughout their lives, solutions to their psychological problems, disappointments, sense of insecurity will be sought in food. Also, food acts like a drug for suppressing mental tension, anxiety and excitement.

The nutritionist  urged the Ministry of Health to carry out a national survey on overweight and obese children, so that the country would be stirred into action by the rising figures.

He said according to the WHO, childhood obesity has more than tripled since the 1970s, and in all schools in the country there was a visible overweight problem in adolescents.

Maina regretted that most of the urban areas have been turned into concrete jungles with no open space for children to play, and more often than not, they are ferried to schools in buses or motorbikes even in the rural areas, unlike in the past when they walked.

According to a previous study, urban and to some extent rural children are also increasingly getting exposed to high-fat, high-sugar, high-salt, energy-dense processed foods, which tend to cost less but have lower nutrient quality.

“Of particular concern is the rise in the number of children who are both stunted and overweight in Africa, as healthcare systems remain ill-equipped to manage malnutrition in all its forms,” states the study published last year by Malabo Montpellier Panel, a group of experts.

This is because hunger in childhood trains the body to hoard fat, so the poorest are more prone to obesity as adults, technically ensuring three manifestations of malnutrition: Undernourishment, micronutrient deficiency and obesity.

Pitch will provide green space for Church’s children as well as space for PwC staff to play and enjoy yoga and other outdoor activities.

Pressure has been mounting on the organization to change its name for several years, a situation that was exacerbated by heightened racial tensions in the United States in 2020.

It is critical to give equal importance to the food we eat and what we feed our children, especially during this COVID-19 pandemic.