Just so you know it is the National Girlfriends Day, celebrated on 1st August.

With over 40 tribes in Kenya which implies diversity, Kenyan girlfriends have almost the same personalities when it comes to dating. Usually, it is the girls aged between 18-25 years old who are in the game.

But, some have lost touch with reality and the nature of the hard economy of the country. They live like superstars in social media platforms.

Below are five traits that Kenyan girlfriends portray in their dating stages.

1. Asking for fare and credit

Our girls forever don’t have bus fare to visit their boyfriends or anyone they want to see. They often ask their boyfriends to send them fare and fail to show up as agreed. They then come up with lame excuses on why they failed to arrive.

To add salt to the wound, they also don’t have credit. A man can send his girlfriend credit but the lady will still send him a flashback (Please call me). This is because they use the credit to buy bundles that will be used to advertise their ‘superstar’ lives by uploading filter-filled photos on Instagram, Facebook, Twitter and Snapchat.

The current Kenyan girlfriends are definition of pseudo-feminists. As much as they know and fight for their rights on 50-50 equality, they miss the whole point of feminism.

Feminism is an ideology that advocates for political, economic, personal, and social equality of the sexes. And this comes with responsibilities.

If you are a broke young man in Kenya, chances of having a girlfriend are very minimal. These girls want a man who is rich, drives a big car, lives in high-end estate, has good body shape, handsome and the list is endless.

They forget that no man was born made, rather it is hardworking, sweat, patience, failures, mistakes that make a person who they want to be. Further, the girls themselves cannot match the qualities they look for in a man.

Girls, you cannot reap where you did not sow.

Young Kenyan women should be recognized by the World Guinness book record for their detective skills without stepping into forces academy.

They can crack the most complicated passcode on their boyfriends’ phone to dig for cheating information, even if the guy is faithful as a dog. They ask questions when they know the answers just to catch the man lying.

{ See Also: Famous journalists whose careers were destroyed by crimes }

It is even amazing how they can dig up information that is decades old and twist it to fit the present situation. They can smell perfumes of other women who hugged the guy six hours earlier. Woe unto the side-girlfriends since they will know no-peace if they are found on social media or where they live.

Young dating women consume more food than an average males in Kenya. Most girls get into relationships because of food. And not just any consumable food. Food from four or five star hotels.

They don’t eat ugali or traditional vegetables since ‘inaumiza tumbo’ but they cannot pronounce the French or Spanish cuisines on the menu in the high-end hotels. Leave alone affording it.

They then carry a battalion of friends on their dates, without the boyfriend’s knowledge that he will pay for everyone on the table. Stories have been written of girls washing dishes or ‘Kuchonga viazi’,  for failing to pay for the food they ate after the man disappeared due to high bills. These incidences have not deterred our girls from this behavior.

{ See Also: Weekend destinations in Nairobi where you can unwind for Sh1,000 or less } 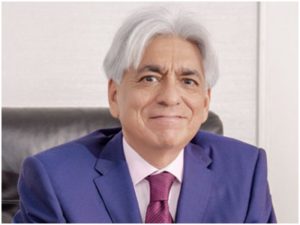