Most University students find themselves between a rock and a hard place, trying to survive the harsh life in campus. Some look for odd jobs, others give up while a good number depend on loans, including Higher Education Loans Board (HELB) stipends, to sail through.

Fanaka Real Estate Company CEO Moses Muriithi was among the lot that depended on HELB loans to survive while studying his engineering course at Kenyatta University.

However, given the rising standards of living, Mr Muriithi found the loans too little and had to find a way to make an extra coin. He found solace in online writing and data entry jobs. “I didn’t know how to write, neither did I know the ways. However, I was determined and from my savings, I bought my first online writing account for Ksh15,000,” he says.

However, as fate would have it, he was scammed and the account was no more after just a week. He suspects that the owners could have repossessed the account since he did not know how to change credentials. “I had only done one job. I was not even paid for it, but I did not give up,” he explains.

Mr Muriithi was forced to work under other experienced writers, which gave him sufficient experience crucial in buying a new account. The earnings varied depending on seasons, but he could only make at most Ksh40,000 per month.

The biggest challenge was to his social life, as he lost many friends due to his commitments, leaving him somehow isolated. He, however, says that the writing did not affect his education.

By the time he was done with school, he had three accounts and five writers under him, with one making at least Ksh140,000 per month. With that, he did not think of employment after school.

“The (writers) are people who were depending on me. By the time I was finishing school I was thinking ‘how do I get to employment?’ and I already had employed people. What happens to them? So I put up managers and writers in excess of 10 people,” he says.

READ ALSO >> Things to Look for When Buying a Commercial Plot

His savings grew and at some point he sought to purchase a parcel of land along Kangundo Road, but the agent showed him a piece of land 11 kilometers from the main road. He saw a gap since no company was offering prime land or land near the road.

“This hit me and I saw a good opportunity. I decided to take up the chance and that is how Fanaka was born. I immediately started the company and opted to buy and sell prime land along Kangundo Road,” he says.

“Before Fanaka, there was a lot of research in terms of the products, industry and the market and identifying which paths to take. We focused on one particular area so we could get the information fast, understand the technical know-how, and the system from acquisition to sale,” he adds.

SEE >> For this CEO, Not All Money is Created Equal

By last year, which was its third year since its inception, the company boasted 20 employees and several projects handed over to clients along Kangundo Road areas such as Kamulu, Joska, and Malaa. Last year alone, the company handled six projects of at least 50 acres cumulatively.

For Fanaka Real Estate CEO Moses Muriithi, success resulted from research, consistency, honesty and staying within his means. “Our office is along Kangundo Road, where our products are so it means we are in touch with the ground. Also, all our products are in prime areas and have passed the right procedures,” he adds.

The biggest challenge comes during the acquisition of property, in an industry full of cartels and conmen. He affirms that Fanaka Real Estate has overcome the challenge by conducting proper due diligence and establishing real owners before acquiring property.

A day in Muriithi’s life

Mr Muriithi wakes up at 5 am, goes for jogging for 40 minutes, takes a shower and breakfast before heading to the office at Dune Plaza, Ruai Town. By 7 am, he is seated ready for the day.

He mostly delegates duties to his staffers, who ensure things run smoothly and clients are served well. He, however, says sometimes he faces the challenge of employees with negative attitudes.

Looking at the market, Mr Muriithi disputes the existence of a real estate bubble, saying that it only exists for companies that relied on credit facilities to build houses/property. He, however, acknowledges that there is a market slow down, especially for the high-end products above Ksh5 million.

“There was a time there was a real estate boon, especially after President (Mwai) Kibaki took over. Most of the companies that came up at that time went for the credit facilities to build homes, and they tried to include the costs (interests and inflation) in the retail price. This makes most properties overpriced since the initial cost keeps rising. At some point the projects are not manageable, and the companies collapse, and the projects auctioned,” he explains.

The company plans to open a second office as it expands to other parts of the country in the next five years.

He predicts that the market will slow down for the high-end properties, even as people seek to move away from the city centre, but settle in areas proximal to the CBD like Kangundo Road.

“Population in the urban areas is growing and life is getting more expensive. The cost of renting is also escalating. Demand for affordable housing and land is going to be high going forward, unlike the demand for high-end products.

The Fanaka Real Estate Moses Muriithi CEO, however, advises that instead of constructing houses in the affordable housing agenda, the government should play a facilitative role building infrastructure in areas where people can/want to build affordable homes.

He says he is obsessed with marketing and is currently reading Sabri Suby’s book Selling Like Crazy. He has to log in to social media every day since the company capitalizes on social media platforms to advertise.

The company plans to open a second office as it gears up to expand to other parts of the country in the next five years. During his free time, the relatively young CEO likes traveling, watching movies and socializing.

To people intending to start businesses, he advises, “Research, start small, be consistent and stay within your means”.

NEXT READ >> Will a Soldier Do What Mike Sonko Was Unable to Do at City Hall? 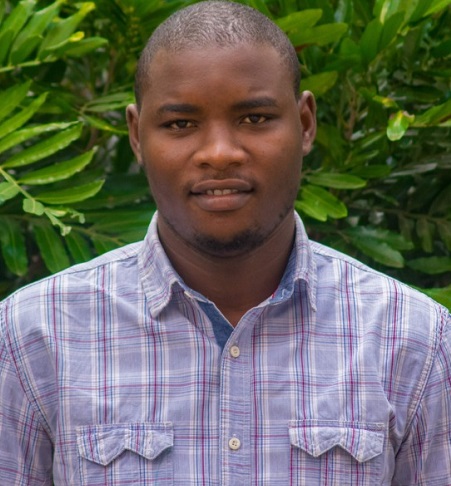 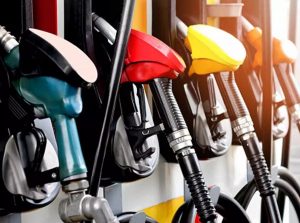 The Pain of Ever Expensive Fuel Prices in Kenya
With these adjustments, EPRA passes whichever costs to consumers throughout…