Citizen TV digital content manager Mercy Susan Oburu. She has been appointed to the board of National Cancer Institute.

Citizen TV digital content manager Mercy Oburu has been appointed to the board of National Cancer Institute.

“In exercise of the powers conferred by section 6 (2) of the Cancer Prevention and Control Act, 2012, the Cabinet Secretary for Health appoints David Makumi, Mercy Oburu, Bob Collymore and Evangeline Njiru to be members of the Board of the National Cancer Institute, for a period of three (3) years, with effect from the 6th May, 2019,” a Kenya Gazette notice by the CS read.

Mercy is also a director of the Africa Cancer Foundation. She holds an MBA in Strategic Management from Moi University and Bachelor’s degree from Daystar University. She previously worked in various capacities at the Kenya Television Network (KTN). Mercy is also trained in Women in Management, investigative reporting, and creative thinking and problem solving.

In October 2016, she was retrenched alongside more than 100 other Royal Media Services (RMS) employees but media house’s owner recalled her barely a week later.

In 2018, Collymore took a nine-month leave to get treatment in London after being diagonised with Acute Myeloid Leukemia: a type of cancer that starts in the blood-forming cells of the bone marrow.

Makumi is the chairman, Kenya Network of Cancer Organisations and manager, cancer programme, Aga Khan University Hospital while Evangeline, a physician and oncologist, is a lecturer at  Moi University’s School of Medicine. 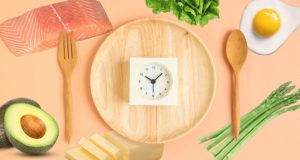 7 Scientific reasons why we should all fast this Ramadhan
Fasting, either for religious or health purposes refers to the…