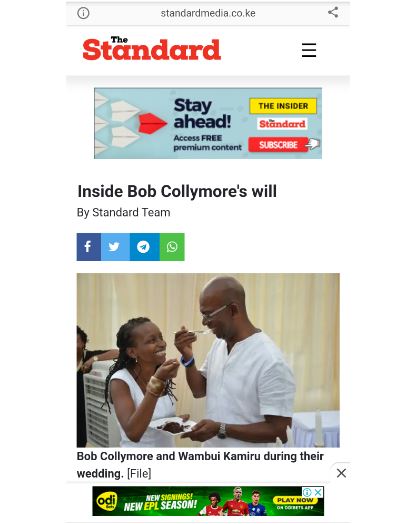 In an article published on September 9 explaining The Athletic UK would now be covering breaking news, Editor-in-Chief Alex Kay Jelski made a point that could help contextualize the story of how different news outlets decide whether a news item is fit to be published across a media stable’s platforms or not.

“From Today, The Athletic will be bringing you easy-to-understand articles on stories that matter in football. They will be short, sharp news explainers, so when something important happens, you can read about it with us,” wrote Kay- Jelski.

“Don’t worry, we won’t be filling this part of the site with gossip and rumours. The news service will be only for important, definitive stories. If something is on here, we promise you it will be well sourced and checked by our writers,” he added before making the point we are interested in for our story “If Jadon Sancho signs for Manchester United, we’ll explain how and why. If Mohamed Salah buys a new car, we won’t,”

The Athletic is a US-based subscription sports news publication. Its UK wing covers the biggest soccer leagues in world football, namely; the English Premier League, the Spanish La Liga, the German Bundesliga, and the Italian Serie A.

The British press has been accused of intrusion into private life countless times not just by sports stars and in this scenario, Kay Jelski was driving home the point that his publication was only interested in covering the on-field lives of the football stars, the clubs they play for and would pretty much leave the extra-curricular activities to the gutter press.

Editorial Policy is the keyword here and for The Athletic, Kay-Jelski summed up his employer’s in two paragraphs.

Now back to Kenya.

On Tuesday, Bob Collymore’s widow Wambui Kamiru was not a happy person. This was after The Standard ran a story titled Inside Bob Collymore’s Will that revealed that the late Safaricom Chief Executive had left all his Kenyan wealth to his wife.

The late Collymore had drawn up two wills- one stipulating his wishes for the inheritance of his Kenyan wealth and the other for his wealth outside Kenya.

“The two wills will take effect concurrently and independently of each other. The Kenyan one was drawn up by Kaplan& Stratton in Nairobi and witnessed by Safaricom Chief Finance Officer Sitoyo Lopokoyit and Charles Wanjohi, Safaricom’s Director of the Consumer Business Unit,” read the story

The story also revealed that Collymore had appointed State House Chief of Staff Nzioka Waita as the alternate executor of his will if anything happened to Wambui.

By Wambui Kamiru’s account, Kenyan media has bigger fish to fry other than make her the topic of discussion. To put it in her words, “I am not newsworthy”.

In a long twitter thread, she firmly expressed her opinion and shared other stories that she thinks deserve more coverage.

For context, this is the widow to the former Chief Executive of the most profitable company in the region. It is only natural that she is a newsmaker.

The only debate should be whether privacy has been violated. All indications point at that not being the case. The Standard is a newspaper of nationwide circulation, it is hard to envisage a situation where the publication would not run this story given it does not raise ethical issues.

How the journalists got the information is immaterial, as my former lecturer Kipkurui Kemboi at Multimedia University of Kenya used to put it, “Quality journalism at times involves publishing material that another person does not want to be published,”