Two Kenyans from South B proved to be the creme de la creme of video gaming in the country after emerging winners at the Nairobi BLAZE E-Sports regional finals that was held at the Technical University of Kenya.

Dennis Amatta and Jean Jelimo, both from South B, were crowned the FIFA 19 and Tekken 7 champions respectively. Dennis Amatta beat second-placed Hezekiel Karanja, also from South B, in a hotly contested FIFA 19 tournament that saw Matik Chuong from Kasarani take third place.

Speaking after his victory, the 25-year-old Nairobi FIFA pro said the victory gives him confidence to compete in more tournaments possibly global ones.

“I am delighted to be the winner of BLAZE Nairobi region E-sports tournament. It was tough, but good preparation and determination earned me the victory.  I now have the confidence to compete in more tournaments and possibly take part in global competitions,” said Dennis Amatta.

The Nairobi edition, which attracted over 300 young gamers from as far as Kiambu, Machakos and Kajiado Counties, saw gamers compete for a KES 200,000 Prize Pool with the top 3 gamers in both game categories taking home KES 50,000, 30,000 and 20,000 respectively.

Over 900 gamers have so far participated in the BLAZE E-Sports tournament since it was launched in August this year, with more than KES 500,000 won at the 8 grassroots knockouts and 4 regional finals held across the country.

Seventeen female gamers competed at the Nairobi edition, the highest ever turnout at a BLAZE E-Sports tournament, which seeks to empower youth aged between 18 and 26 who are looking at gaming as a career choice.

In many developed countries, E-sports has already been accepted as a kind of sport with tournaments held frequently. The Blaze ESports circuit is expected to raise awareness about E-sports and how it can help improve the Sports scene in the country.

The E-sports tournament organised by Blaze consists of two games FIFA 19 and Tekken 7. The competition was broken down into 10 grassroots knockouts and 5 regional finals. At least 64 players enter at each knockout round. 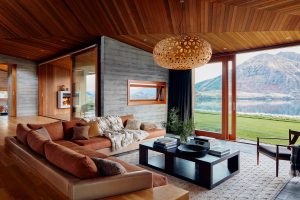