Kenyan referee who was banned for life because of match fixing. While Asia's percentage of suspicious matches has decreased, Africa's has increased from 0.08 to 0.26. Photo/Courtesy

A research done by Starlizard Integrity services has shown that Asia was the hotbed of suspicious matches over the previous two years. These are the matches that could have been fixed to produce a certain outcome which would benefit gamblers.

The rise in the percentages of suspicious matches in Africa could be linked to the numerous cases of match-fixing in 2018. In 2018, the African football arena was shocked by the Ghanaian scandal. In the many publications that we saw, it was not just the glaring financial corruption that disturbed us, but it was also the allegations of match-fixing that made us lay back and question the game’s future in Africa.

Kenya is not left out in this match-fixing scandal because a referee from the country was suspended from football because of the same. Earlier this year, former Kenyan International George Owino was said to have earned millions between June 2009 and 2011 allegedly fixing Harambee Stars matches.
The report also found that ten of the top 20 leagues with the highest number of suspicious matches are at the highest level of club football in their country. Of these, six are European leagues and four are Asian.

In one top-flight Eastern European league, 16 matches with unusual betting patterns were observed, nearly 7% of all matches played. The report also showed that most suspicious matches happen towards the end of the given football league season. There was a clear tendency for suspicious matches to occur in the final quarter of the season. 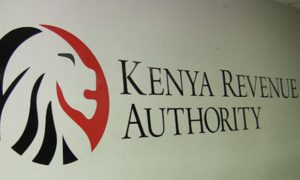 No Long Waits for KRA Refunds
The amendment to the Value-Added Act, 2013 will see taxpayers…