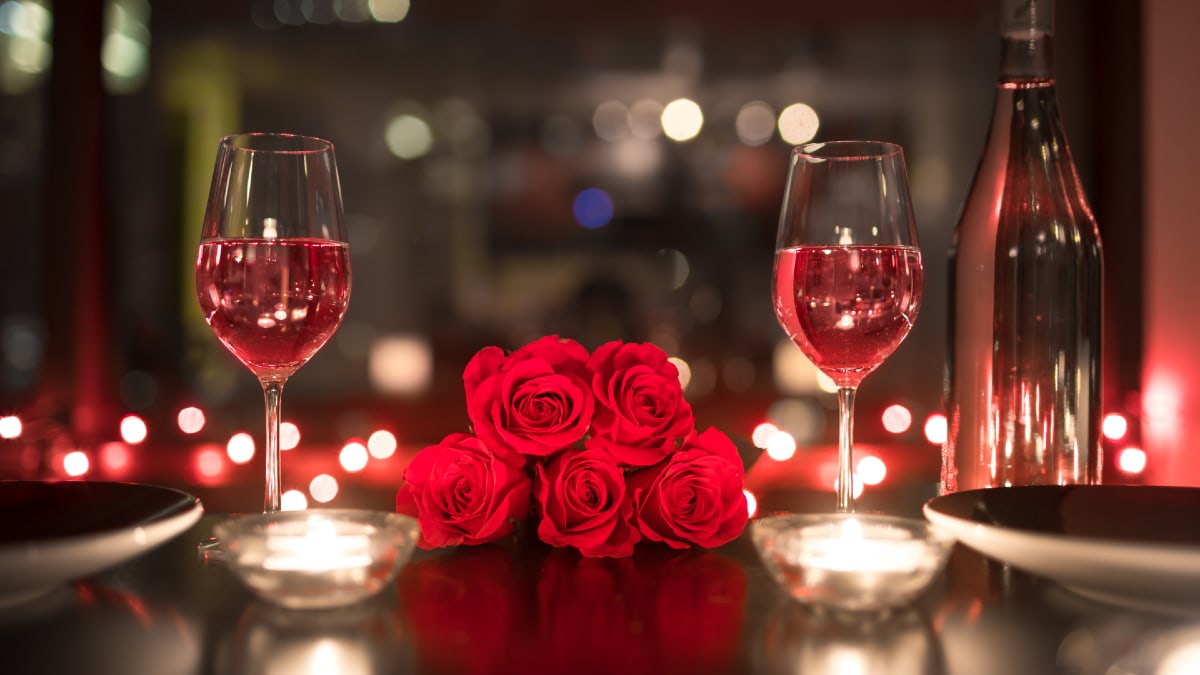 Wine glasses, roses and a bottle of wine. Who really triumphs on Valentines?{Photo: Harvard Square}

The fictional conference first became prominent in Kenya last year and remains the biggest excuse why Kenyan men cant take out their girlfriends out on February the 14th.

On face value, the men’s conference is a joke and a timely distraction to all the problems that they face but a deeper look at the joke would suggest that men have come to fear Valentines as a day they get emotionally and financially drained and would rather give an excuse rather than spend their hard-earned money on something they don’t consider long term.

If you are a man and you were to spend your money on a lady you like today there are so many things that spring to mind.

But who are real winners of Valentines Day? The men are certainly the losers and the ladies have their ups and downs during the hyped day. Evidence suggests that it is the businessmen and women come who emerge victorious.

Mastercard has just reported that ‘Kenyans’ (a synonym for men in this context) are willing to dig deeper into their pockets to make their partners happy and that they are going online to do it saying there has been a 152% increase in the number of e-commerce transactions between 2016 and 2018.

The global payment systems service provider says the Mastercard Love Index which is created by analyzing credit, debit and prepaid card transactions over a three-year period (11th-14th February 2016-18) has revealed that whilst sentimental spending has increased globally by 3% since 2016, in Kenya, this has increased by a whopping 47%.

Meanwhile, Kenyan corporates have jumped at the opportunity to milk Valentines Day for all its worth.

Ordinarily, companies devise ways and craft promotions to boost sales but not on Valentines, the day sells itself all they have to do is align their business with the theme of the day.

Whether Valentines or men’s conference it’s just another happy day for people in business.

Its not only corporates who are laughing all the way to the bank, Small and Medium Enterprises (SMEs) are also making a killing.

A spot check by Business Today in Nairobi Central Business District (CBD) showed that traders took the opportunity to sell Valentine-themed products such as roses, dolls, and cards.

So, where is the love? Cant Valentines be a win for everyone involved? If the ladies are heartbroken and the men feel shortchanged why is Valentines a boom for businesses year on year.

Perhaps these are the questions that led to the imagination of the Men’s Conference.

See Also>>> Kenyans The Most Lustful People in Valentine’s Spending