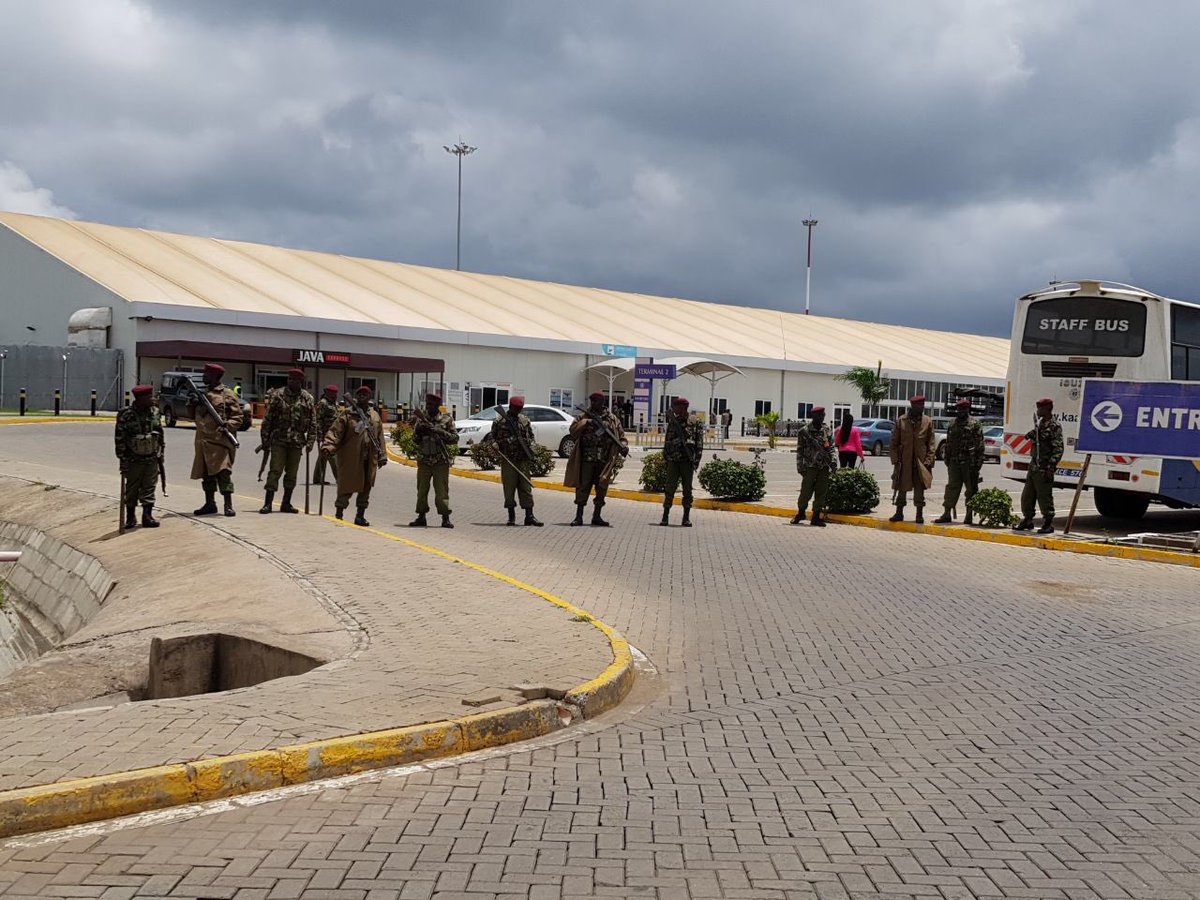 Lawyer Miguna Miguna is now being held in a toilet at Jomo Kenyatta International Airport (JKIA)’s Terminal 2 after declining to sign forms to regularise his Kenyans citizenship.

According to his lawyer Nelson Havi, the situation is fast getting out of hand. The government has deployed more security officers at the airport and journalists covering the stand off have been chased out of the facility.

“Miguna Miguna is currently d******d in a toilet at Terminal 2-Arrivals and has been denied access to his Lawyers. This issue is getting out of hand fast, because of impunity and outright incompetence in the Ministry of Interior,” Havi tweeted.

Acting Director of Immigration Services Joseph Munywoki had earlier insisted that Miguna lost his Kenyan citizenship in 1998 when he obtained Canadian citizenship and was supposed to renew it when the 2010 Constitution was promulgated paving the way for one to hold dual citizenship.

He said immigration officers did not bar Miguna from accessing the country, saying he was blocked after insisting on using his national identity card during clearance, which is against standard procedures.

However, lawyer Cliff Ombeta insists Miguna should be allowed to enter the country unconditionally on the strength of Justice Luka Kimaru’s ruling.

An attempt by the government to deport Miguna to Dubai aboard an Emirates flight failed after he resisted, forcing the pilot to reject the plan.

He was whisked away by plain clothes officers as Raila and Orengo, among others, watched.