A Kenyan clutching a smartphone. This article reveals some of the methods mobile lenders use to qualify Kenyans for loans [Photo/ BT]

Kenyans owed mobile lenders Ksh60 billion as of December 2018, exposing the penchant for easy and quick money harboured by the working and non-working class of this nation.

The Central Bank of Kenya (CBK) Banking Supervision Report 2018 reveals that during the period under review, there were 7 million active mobile phone loan accounts valued at over Ksh60 billion, corresponding to 97.49 per cent and 2.41 percent of total industry loan accounts numbers and values respectively.

The report, however, is mum on the default rates which have left Kenyans in a pile of debt as failure to pay the micro-loans on their maturity dates accrues rollover fees which many struggling Kenyans are unable to repay.

A report authored by financial services firm Microsave Consultancy shows that more than 2.7 million Kenyans have been blacklisted at Credit Reference Bureaus (CRB) for defaulting on their loans.

Observers have been unable to agree on the usefulness of the mobile loans on the Kenyan economy.

Uninformed observers maintain that most Kenyans take up the loans and use the money to bet while research jointly conducted by CBK, British financial inclusion lobby Financial Sector Deepening Kenya (FSD) and the Kenya National Bureau of Statistics (KNBS) last year showed that most small scale traders applied for these loans to replenish their stock.

The report dubbed Digital credit in Kenya, Evidence From Demand Side Surveys, however, showed that a whopping 800,00 Kenyans had taken up the loans to pay other loans.

The Digital Lenders Association of Kenya (DLAK) formed by a section of the lenders has already put in motion a plan to block serial defaulters.

“There were over 16 million active mobile phone deposit accounts valued at over Ksh105 billion, corresponding to 30.43 percent and 3.1 percent of total industry deposit accounts numbers and values respectively,” reads the report.

Since the launch of the M-Shwari platform in 2012, a vast number of platforms offering similar services have emerged. 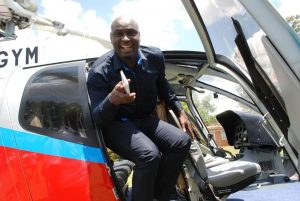