Central Bank of Kenya (CBK) headquarters. CBK has frozen its base lending rate.

Three banks are on the Central Bank of Kenya’s (CBK) radar for dishing out loans to senior managers, shareholders or their cronies amounting to more than 20% of their core capital, while one lender is being monitored after advancing hefty loans to this class of individuals without collateral.

Both are gross violations of the Banking Act, which exposes deposits to risks and weaken the banks’ stability.

CBK’s Banking Supervision Report for the year ended December 31, 2018 states that 11 banks were in violation of banking laws and regulations as of the last day of 2018 as compared to 15 banks the previous year, 2017.

“Most of the violations were mainly in respect to non-compliance with a single borrower limit, this was attributed to a decline in core capital in some banks that have continued to report losses,” reads the report.

The report also reveals that six banks were flagged for lending more than 25% of their core capital to a single borrower. Core Capital refers to the minimum amount of money that financial institutions are required to have in order to comply with banking regulations.

Four banks were also identified to be in violation of Section 18 of the Banking Act and the CBK Prudential Guideline on Capital Adequacy, which requires an institution to have a minimum core capital to total risk-weighted assets ratio (CAR) of 10.5%.

CAR is the ratio of a bank’s capital to its risk.

Four banks violated the guideline on capital adequacy that requires an institution to have a minimum core capital to total deposits ratio of 8 percent.

Three banks were in violation of the guideline on capital adequacy, which requires an institution to maintain a minimum core capital of Ksh1 billion.

“Appropriate remedial plans are in place to restore capital adequacy for these institutions,” says CBK in the report.

Seven banks could also be sanctioned after managers invested more than 20% of their Core Capital in land and buildings. Banks are known to invest customer deposits in land, real estate with the hope that the investment will yield returns.

“This was attributed to decline in core capital in some banks that have continued to report losses,” adds CBK in the report.

One institution was in violation of a clause of the Prohibited Business Guideline which limits total insider borrowings to 100 percent of Core Capital.

Eight banks were in violation of the guideline of liquidity management which requires institutions to maintain a minimum liquidity ratio of 20 percent.

Liquidity ratio expresses a company’s ability to repay short-term creditors out of its total cash. It is the result of dividing the total cash by short-term borrowings.

Appropriate remedial plans are in place to regularise the liquidity position of the institutions in question.

These laws and regulations were put in place to stop bank managers from using customer deposits for their own benefit or that of their associates.

Since 1986, thirty-six banks have collapsed whose impact was felt in the larger economy.

Three banks have collapsed since 2015 including Imperial Bank, Fidelity Bank and Chase Bank with the fall of the three institutions attributed to navigation of banking regulations by senior managers/board members who awarded themselves hefty loans leading to their collapse.

While CBK says it is monitoring the banks, it is possible that if not properly checked, the financial institutions breaking these regulations may die. 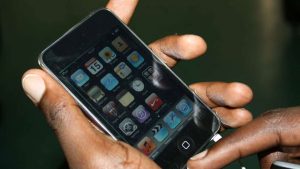