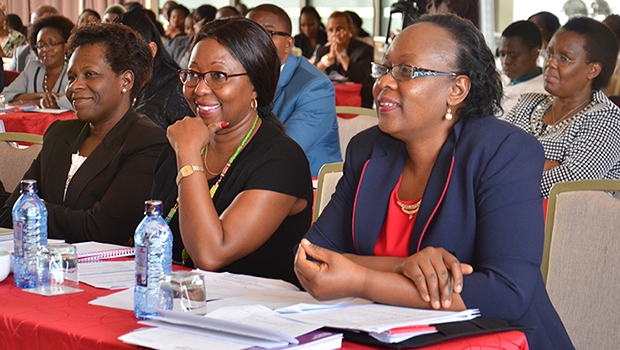 Commonwealth Women's Affairs Ministers Meeting to be held in Nairobi, Kenya from 18 to 20 September. [Photo/thecommonwealth.org]

Commonwealth women affairs ministers are set to assemble in Nairobi for a meeting that will consider a strategy for achieving gender equality goals in member countries by 2030.

The meeting, which takes place every three years, will be held between September 18 and 20 in Nairobi, Kenya.

Kenya’s Cabinet Secretary of Public Service, Youth and Gender Margaret Kobia will chair the meeting. It is the 12th edition of the Women’s Affairs Ministers Meeting.

“Ministers and senior officials will discuss topical issues hampering women’s progress, including sexual and reproductive health rights and anti-discriminatory laws in the economic sector,” said a statement from the event organisers.

The strategy, the statement added, will include provisions to help increase women’s access to leadership, to achieve a minimum number of years of free quality education, to boost family planning and health services and to ensure legal protection from violence.

Commonwealth, formally known as the Commonwealth of Nations, is a political association that features 53 members states, almost all of them former territories and colonies of the British Empire. Currently, the head of the Commonwealth is Queen Elizabeth II, with the 2018 meeting of heads of governments appointing Charles, Prince of Wales, as her successor designate.

Commonwealth Secretary-General Patricia Scotland said: “The meeting is an immensely valuable opportunity for our member countries collectively to monitor and evaluate progress towards achieving Commonwealth priorities on gender equality and attainments under Sustainable Development Goal 5 and related national or regional commitments.”

Scotland added, “Recommendations and decisions made by ministers at the meeting will help to shape innovative Commonwealth approaches to accelerate gender equality, which is such a vital part of the 2030 Agenda for Sustainable Development.”

Four priority areas that the Commonwealth Women’s Affairs ministers will consider include;

The aim of the conference is to turn the words and aspirations expressed by leaders at last years’ Commonwealth Heads of Government Meeting into more leadership positions for women in private and public sectors; more political engagement at all levels; more economic and entrepreneurial opportunities, and more strides toward creating a world where gender equality is truly a reality.

The event has been held every three years since 1985 and provides the opportunity for ministers, senior officials, civil society, private sector and partner agencies to explore and agree on workable strategies and solutions to gender disparities.