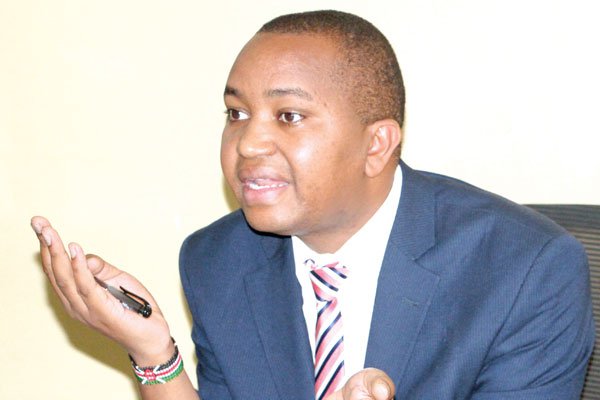 The Kenya Tea Sector Lobby on Thursday submitted further proposals to Agriculture Cabinet Secretary Peter Munya for consideration for the draft Crop Tea Regulations 2020 tailored to protect tea farmers from further exploitation that has seen them lose their hard-earned money to cartels at the Kenya Tea Development Agency (KTDA).

The lobby’s proposals touch on elections of directors, fees charged by KTDA and marketing agents, timely payments to farmers, guaranteed minimum returns, and the appointment of an international auditor to carry out a forensic audit of KTDA, its subsidiaries and factory since the year 2000 to date.

“Over the years, the tea sector in Kenya has experienced dwindling fortunes as a result of under-regulation that has allowed cartels within the sector to benefit at the expense of tea farmers,” said Irungu Nyakera, Chairperson Kenya Tea Sector Lobby Group

“In 2019, we witnessed nationwide shambolic tea factories directors’ elections, an intentional flaw within KTDA to ensure further “interest-fuelled oversight” of tea factories by KTDA. We are therefore proposing for the Memorandum and Articles of the tea factories to provide that every grower has one vote with elections being conducted by an independent body/organ as determined by the factory board,” further read the statement.

The lobby says for the Kenya tea sector to be globally competitive, another raft of measures must be instituted including clamping down on management fees by bringing them down to 1% as opposed to the 2.5% currently being charged by KTDA in line with global standards.

Further, the lobby says maximum fees chargeable by brokers should be capped at the global benchmark rate of 0.25%,  as opposed to the current 1.25% being charged by brokers.

The Nyakera lobby also proposes that the government through the Finance Act, 2020, scrap lot charge, and VAT on tea bought for local consumption saying the proposal will allow farmers to have enhanced earnings while making the sector attractive for the development of a cottage tea manufacturing and packing industry.

The proposed regulation provides for funds from the sale of tea being transmitted to the factory within 14 days of purchase. We propose that the regulation specify penalties that would arise if the payment is made later than 14 days prescribed in the Act, to ensure prompt payment of farmers.

To remove any undue control of tea factories by the management agent (KTDA), the lobby proposes that the role of making investment decisions for the factory should also be exempted from any management agent agreement to ensure that grower funds are fully controlled by the factory directors.

KTDA should further be required to sell off all its non-tea-marketing related subsidiaries and properties and subsequently distribute those funds to the factories, the lobby poses.

“Considering that Agriculture is a devolved function as per schedule 4 of the Constitution, The Kenya Tea Sector Lobby is concerned that there appears to be little involvement of the County Governments in the sector save for licensing of tea nurseries under regulation. We propose that the county governments’ involvement in the implementation of these regulations be mainstreamed,” said Nyakera.

To secure farmers’ income the lobby also proposes that, within a year of operationalization of these regulations, the Cabinet Secretary shall issue guidelines on the development of a framework for a sustainable Minimum Guaranteed Return (MGR) for tea farmers.

“This price stabilization program should be drawn up along global best practices and ensure it does not create loopholes to enrich the tea cartels,” added Nyakera.

Lastly, for a transparent transition into the new regulations, the lobby has deemed it necessary for the government to appoint an accredited international audit firm to carry out a forensic audit on KTDA Holdings, its subsidiaries, and all its 68 factories since the year 2000.

“This will assist in bringing closure to accusations of malpractice and set the tone for the lawful implementation of the Regulations and the prudent custody of public resources,” further stated the lobby.