The High Court of Kenya has permitted WPP-Scangroup to hold an extraordinary general meeting at a time when most companies are shunning their annual general meetings (AGM) due to government restrictions on public gatherings.

The listed marketing and communications company is in the process of selling its Kantar Africa business, hence the need for an extraordinary general meeting with its shareholders. The deal is expected to be finalized by 30th June 2020, subject to regulatory and shareholders’ approval.

The court has allowed WPP-Scangroup to go ahead with the general meeting on condition that it complies with the provisions of the Capital Markets Act and Regulations.

Furthermore, the court has allowed other listed companies wishing to hold general meetings to get approval from the Capital Markets Authority.

The ruling will benefit companies that wish to hold virtual general meetings. However, most listed firms like BAT Kenya, and Cooperative Bank had already postponed their AGMs in compliance with the government’s ban on public gatherings. [ Kenyanwallstreet.com ] 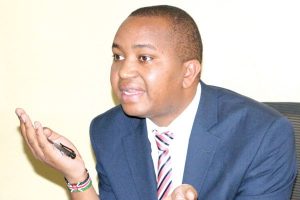