National Carrier Kenya Airways has declined to suspend flights to China amid fears over the deadly Corona Virus that has claimed the lives of more than 130 people.

This represents a worrying trend whereby the national carrier lacks urgency in dealing with crisis that directly or indirectly affects the safety of Kenyans.

“Cancellation of the flights is an option we are mooting but to make that decision, we have to establish that there is imminent danger to the lives of Kenyans,” acting chief executive Allan Kilavuka said on Wednesday.

“Of course we are very particular about this issue we are monitoring it by the minute, should we feel that it is necessary to suspend operations we will do that in consultation with the government,” he added.

Earlier, Kenyan Ambassador to China Sarah Serem had asked the airline to suspend all flights to China but quickly changed tune saying that the government was in no hurry to evacuate Kenyans from the country as the Chinese government was “in firm control” of the matter.

“I prefer the Chinese government to handle the coronavirus since they are in a better position to deal with it. I don’t think Kenya is ready to deal with the virus. By bringing Kenyans back, it will only expose the rest to the danger of infection,” Serem said in an interview with Citizen TV.

The Kenyan student, 20, believed to have been traveling from Wuhan (the epicenter of the virus), Hebei Province was immediately quarantined and is still isolated at the Kenyatta National Hospital (KNH).

Specimens were collected from the patient for investigation at the National Influenza Centre. The results are due today.

By Wednesday, hordes of airlines had suspended flights to parts of China with others choosing to suspend flights to the country altogether.

British Airways and Asian budget carriers Lion Air and Seoul Air have already announced the suspension of all flights to China.

Other airlines including Finnair, Hong Kong’s Cathay Pacific, and Singapore’s Jetstar Asia have announced a reduction in the number of flights to China.

British Airways’ announcement came after the British government issued an advisory to its citizens warning against unnecessary travels to the country.

Meanwhile, KQ is still waiting for ‘imminent danger’ before it suspends flights to China, effectively putting the lives of Kenyans at risk.

In March 2019, Kenya Airways courted the wrath of Kenyans when it announced that it would still proceed with its decision to purchase the Boeing 737-800 Max after the Ethiopia Air Crash despite other airlines announcing that they would be canceling plans to acquire planes from the American company.

The national carrier announced that it would be purchasing 10 planes worth Ksh120 billion at a time when a flurry of airlines and governments had grounded the plane.

At the time, China, Indonesia, Mongolia, Singapore, India, Turkey, South Korea, The European Union, Canada, Australia, Malaysia and many more countries had grounded the plane model from their airspace. 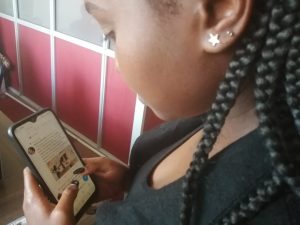