While details of the new deal by John Allan Namu are scanty, it is believed to be worth millions of shillings. [ Photo / Pulse Live ]

Former KTN investigative journalist John Allan Namu has reached a lucrative deal that’s likely to keep him busy and make him a regular on screen again.

It is understood that Allan Namu, who produces investigative documentaries at Africa Uncensored, will be producing a crime show for Multichoice, the provider of Dstv and Gotv pay television services.

The crime show will be airing on Maisha Magic, one of the channels offered under the Multichoice bouquets on DStv and GOtv.

While details of the deal are scanty, it is believed to be worth millions of shillings. “Yes, I am working with them to create some content,” Allan Namu, who resigned from KTN in 2015, is quoted as saying.

The arrangement was also confirmed by Multichoice East and Southern Africa Channels Director Tim Okwaro while unveiling the trailer in Johannesburg, South Africa. “We have linked up with John Allan Namu, who is a prolific investigative journalist in Kenya,” Mr Okwaro stated.

“We are basically telling human interest stories that impact society. It is exciting for us because it is a new space, we have done a lot of entertainment but now we want to see how this space grows.”

The new assignment will put to test Allan Namu’s investigative skills in the fiction realm – both in production and acting. The media personality has played various roles in acting before.

In producing the show, known as “Kina”, the award-winning journalist will work with musician Sanaipei Tande. Sanaipei, a former TV and radio presenter, has acted before, playing various roles in TV dramas. She has featured in a number of local shows including Aziza and Auntie Boss.

In the trailer screened in Johannesburg during the Multichoice media showcase, Sanaipei’s character is seen driving a tractor in a field, chasing after a screaming woman who then falls into a pit. Sanaipei then buries the woman alive.

Africa Uncensored in August carried the day at the Media Council of Kenya Annual Journalism Excellence Awards when John Allan Namu’s The Profiteers earned him the Journalist of the Year Award. Other contributors to the documentary – Samuel Munia Wakaba and Elijah Kanyi – were also feted.

See Also >> Musician Who Recorded Music Without a Single Cent

John Allan Namu resigned from KTN in 2015, citing frustration from his bosses.

Most local production have mostly been series addressing social issues like family and marriage, education, peer pressure and politics. Since the exit of Cobra Squad produced by now Machakos Governor Alfred Mutua, there hasn’t been a serious Crime/Investigative drama on local television. 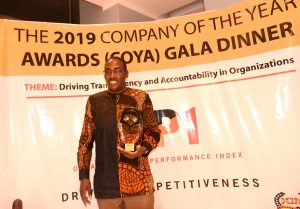