Vehicles on Thika Road. It is possible to measure the net worth of a person by the time their car is seen on the road.

Make a point of waking up early in the morning and you will draw one very interesting observation. Between 4am and 5am or the hours before that, the cars on Kenyan roads are high-end cars, the Range Rovers, the V8’s, the Jaguars, select models of Mercedes Benz as well as other plush automobiles.

An hour later between 5am and 6am, come in the middle-class cars. Your Mercedes Compressors, Toyota Corollas, middle-class SUVs Pajeros and other saloon cars as the moderate-income earners make way to their offices simultaneously.

Look at your watch one hour later then raise your head and pan across the landscape then you will draw another interesting observation; that 6am to 7am is the African timers happy hour, when the headlights of the vitz come alive.

Enweath CEO Simon Wafubwa describes this as a manifestation of plans going through the minds of the different members of society.

“Wealthy people are programmed to want more so they just do enough sleep but in their slumber, their plans to strike more deals and make more money are usually at the back of their minds such that when the alarm rings they don’t snooze and know its action time,” said Wafubwa.

According to the chief executive of the financial services firm, there are five factors that distinguish wealthy individuals from members of other social classes.

Wealthy People Are Grateful For the Little They are Given

According to Wafubwa if you send Ksh1,000 to a wealthy person and a person with a poor wealth creation strategy via M-Pesa, the wealthy person is likely to be grateful for the money and will immediately start planning how to grow it while their counterpart is likely to ask haujatuma na ya kutoa (You didn’t factor in withdrawal charges when you are sending the money).

Wealthy People Know How to Choose Their Social Capital

Birds of a feather flock together.

Well, the saying also suffices in business. The CEO who manages a Ksh65 billion portfolio says that the people you surround yourself with can be used to estimate your net worth.

As explained earlier, morning traffic flow can also be used as a net worth meter.

Saving Comes Naturally For The Wealthy

While guys without the burning desire to acquire more wealth have itchy spending fingers that make them splash the cash on material wealth, the wealthy guys save their hard-earned money for a rainy day and invest some of it in viable channels.

“People should stop spending all of their disposable income. News will still be watchable in a 42-inch screen but the norm for young people is to buy a bigger and flashier tv set as soon as they feel that they need to upgrade. They should save,” added Wafubwa.

Wealth is not a magnet, wealth is earned. Wealth is acquired through the right strategies, hard work and development of the right partnerships.

“Wealth has a language. You can never it if you hate the rich and you can never attract it, you must work your socks off and be clever in your dealings,” added the CEO.

See Also: Kenyans Who Swim in Money Even in Tough Economic Times 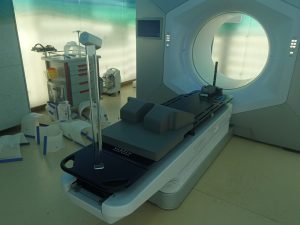