Revered Chinese Philosopher Lao Tzu is famed for coining the expression a journey of 1,000 miles begins with one step.

Whatever shoes you are wearing, making money is a rough road that will probably wear off your boots. Before a person yearning to double their output gets to their preferred destination, their soles will be inch thin while the vamp will be crinkled but if the person achieves their dream, the dust will be wiped off effortlessly and the hustle deemed worth it.

Factor this; in 2011 Simon Wafubwa the CEO of Enwealth Financial Services was clinging to Ksh300,000 as start-up capital and was convinced that the future was a land of milk and honey but not even in his wildest imagination would he have dreamt of being the manager of a Ksh65 billion fund eight years down the line.

At the time, he was the Tyler Perry of Kenyan financial services firms, he was the managing director, the hr, the messenger as well as the secretary, in short, circumstances had turned him into a jack of all trades.

He would later rope in one more person taking the company’s staff number to two.

Speaking to Business Today in an exclusive interview this week Wafubwa said that the journey began at Vision Plaza, Mombasa Road where he operated from a small office space that housed only two pieces of furniture, his desk and a wall unit where he stuffed his documents.

“The problem with most people trying to make it in life is that they want overnight success, it doesn’t work like that,” said Wafubwa “The baby steps are what leads to sustainable businesses.”

Sitting at the corner office at Enwealth Headquarters on Ngong Road, Wafubwa repeatedly stresses he is unapologetically saved and attributes his faith to his resounding success.

In business, there is a popular saying that numbers don’t lie and the proof is in the money, the fact that he has managed to grow his initial amount by more than 200 times is testament that he has deployed the right strategies.

Granted that he is managing Ksh64 billion, it is very likely that he earns a 10% commission if targets are met which means that his cut is a jaw-dropping Ksh6.5 billion.

The Enwealth offices stationed in just one floor at Morning Office Park Plaza are worth a whopping Ksh140 million while the enterprise which started in a tiny office in Vision Plaza has now expanded its wings to Uganda and Mauritius. The company now employs 40 people in these three markets.

Besides faith, he also attributes the company’s success to Enwealth’s relationship with its clients.

“I think one of the reasons that clients have invested is because of good returns. For instance, as of September, we are doing 13% return for 9 months investment in the personal pension savings plan.

Enwealth is a financial services company that operates a pension scheme and also deals in insurance.

Once you trust your retirement with them, they invest that money in different asset classes including fixed income (treasury bills, bonds) and equities (stocks), unlike other bigger schemes, Enwealth is yet to venture in infrastructure investment.

How the company invests the money also depends on the pensioner, some prefer to take risks like investing in equities and end up getting up between 20%- 30% return while there are those who play it safe with fixed income and count on 13% return.

Wafubwa says the difference between creating wealth and remaining poor is the mindset of a person.

“To be able to create wealth you must format your CPU and think like a person who wants to succeed,” he said. 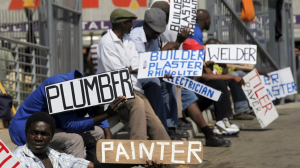 Without These Three Skills, Education Becomes Useless
According to studies commissioned by Zizi Afrique Foundation under Ujana360…