This come after a backlash from social media platforms that questioned the integrity of the degrees offered by the institution.

“Indeed, all the 118 candidates awarded PhDs, earned their degrees having taken an average of 5 years; some having enrolled in the year  2010,” said JKUAT.

In a statement, JKUAT Deputy Vice Chancellor (Academic Affairs) Prof Robert Kinyua said that the institution is proud of its graduates and assure the general public that it remains committed to the ideals and values underpinning quality, relevance, and professionalism.

“Quality higher education is at the core of Kenya’s development prospects. As such, trivializing the process by unfairly targeting JKUAT or any other institution for that matter is retrogressive and could potentially roll back gains already consolidated in the sector,” added Prof Kinyua.

He further termed the social media commentaries as misleading and disparaging remarks that could risk the careers and future of many young Kenyans who have received their education in the University.

Professor Makau Mutua took it to twitter to raise concerns over the high number of the doctorate graduands.

How credible are the 118 PhDs awarded by JKUAT? Either they are FAKE, or academic standards there are near ZERO. Let’s end this academic FRAUD https://t.co/NuifqU8JGz

His thoughts were echoed by Professor James Ole Kiyapi who questioned the integrity of the degrees awarded.

Prof, strange things are happening in this country: not just the serious concerns about how doctoral degrees are earned or dished out, politicians 'earning' Masters degrees is common place, fellows who have never taught in any university give themselves titles of professorship!

Lawyer Donanld Kipkorir urged the institution to  publish the titles of all the doctorates awarded and their supervisors for credibility purposes.

JKUAT as its name says is University of Agriculture & Technology. But to graduate 118 PhDs when we don’t know from it of any innovation in both fields is a monumental scandal & should be closed. JKUAT should publish the titles of alll the PhDs theses & names of the Supervisors.

In its circular, JKUAT outlined that:

All degrees of the University are meritoriously earned and no student is allowed to graduate without going through the due process regarding coursework, seminars, original research, external examination and publications.

JKUAT observes stringent quality measures in mounting its academic and research programmes at all levels; including those set by the Commission for University Education and various professional bodies.

JKUAT has a highly qualified and dynamic faculty comprising 923 academics. The College of Human Resource Development, for instance, is served by 85 doctorate degree holders. This, in addition to veritable teaching and research infrastructure, has enabled the institution to be the most preferred in the country by students seeking higher education.

JKUAT attracted the highest number of students on government scholarships for the second year running, having admitted 4, 886 in 2018 and 5,901 students in 2019. 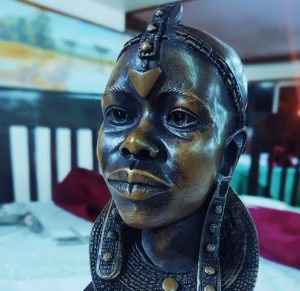