A poster that has been making rounds on social media claiming that businessman Jimi Wanjigi will run for the Nairobi gubernatorial seat in the August 2022 general elections is misleading.

According to the poster, Mr Wanjigi is said to be running for Nairobi City County governor post on Fagia Wote Party ticket.

A fact-check on the poster, however, reveals that the poster is actually fake. In fact, Mr Wanjigi confirmed that he is still contesting for the presidency and flagged the poster as fake in a tweet on 24th December, 2021.

“They’re trying to put sideshows in our campaign. It’s time they realize that for us, it’s the presidency or nothing,” he said in the Tweet and Facebook post. 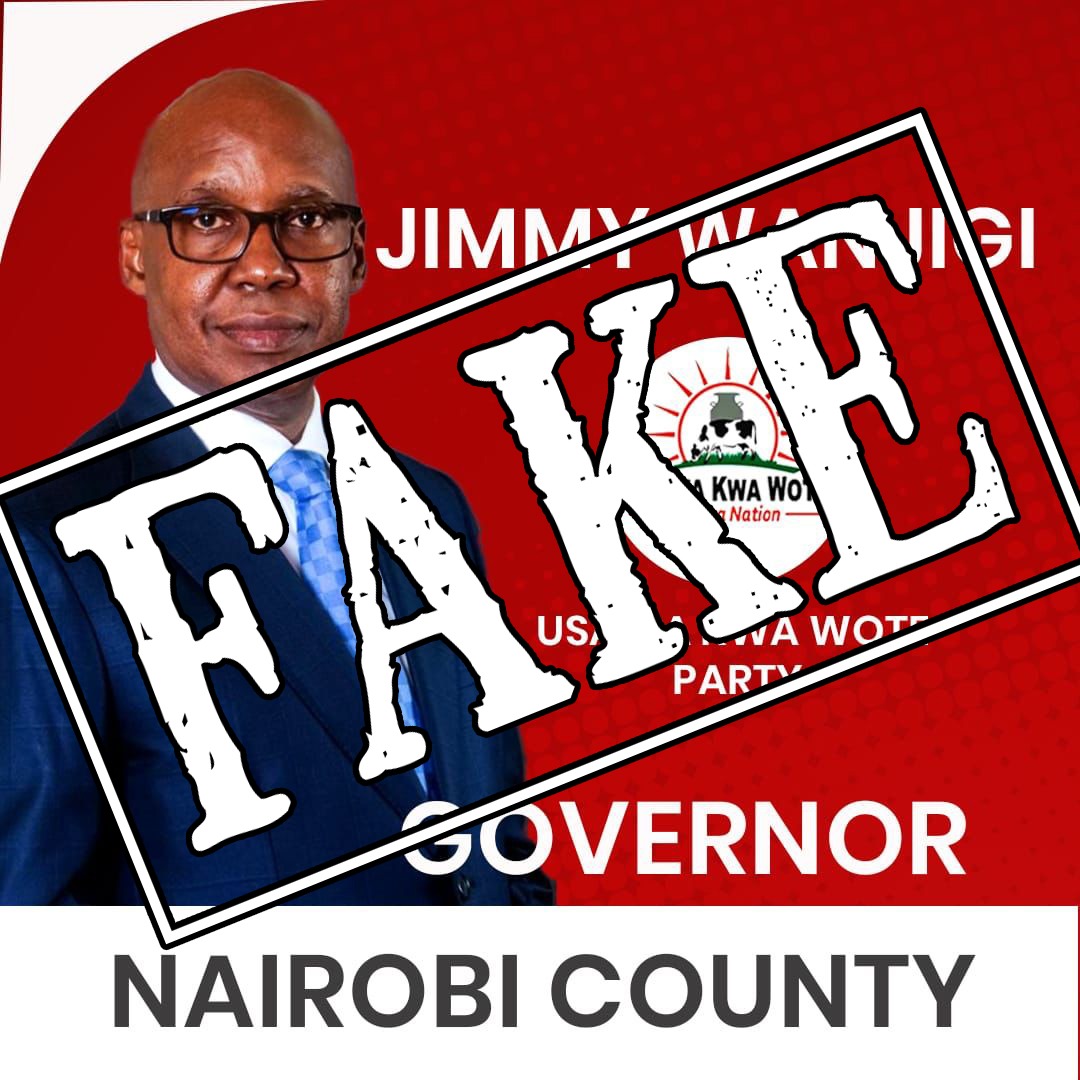 The businessman in June 2021 officially joined the presidential race to succeed President Uhuru Kenyatta in the coming elections on an Orange Democratic Movement party ticket. He has been traversing the country to drum up for support of ODM delegates for nomination. He is expected to square it out with ODM leader Raila Odinga in the presidential nomination contest.

Besides, no media house reported about the alleged change in Wanjigi’s political journey, which would have been big news on the political scene. A Google search did not yield any such reports.

Verdict: The poster is therefore misleading as Jimi Wanjigi is still in the presidential race and he has dismissed it as fake.

>> Nzoia Sugar Player Awarded Sugar As Man Of The Match?