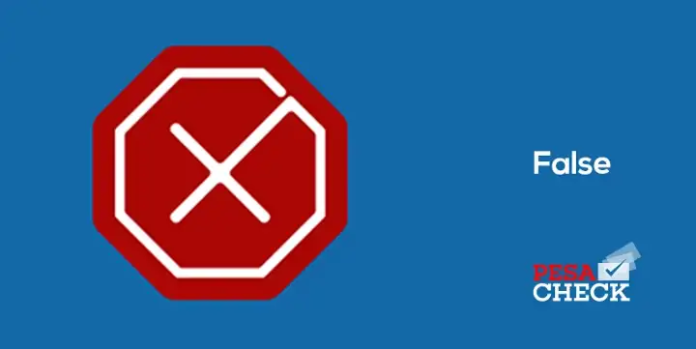 A photo shared on Facebook with text praising former Kenyan President Uhuru Kenyatta for the construction of the Likoni bypass in Mombasa is FALSE.

The photo, which was shared on 18 November 2022, is accompanied by the write-up implying that the road was one of the projects implemented by the former president’s administration.

For those of you who haven’t used Likoni bypass, this is it now),” the text reads. 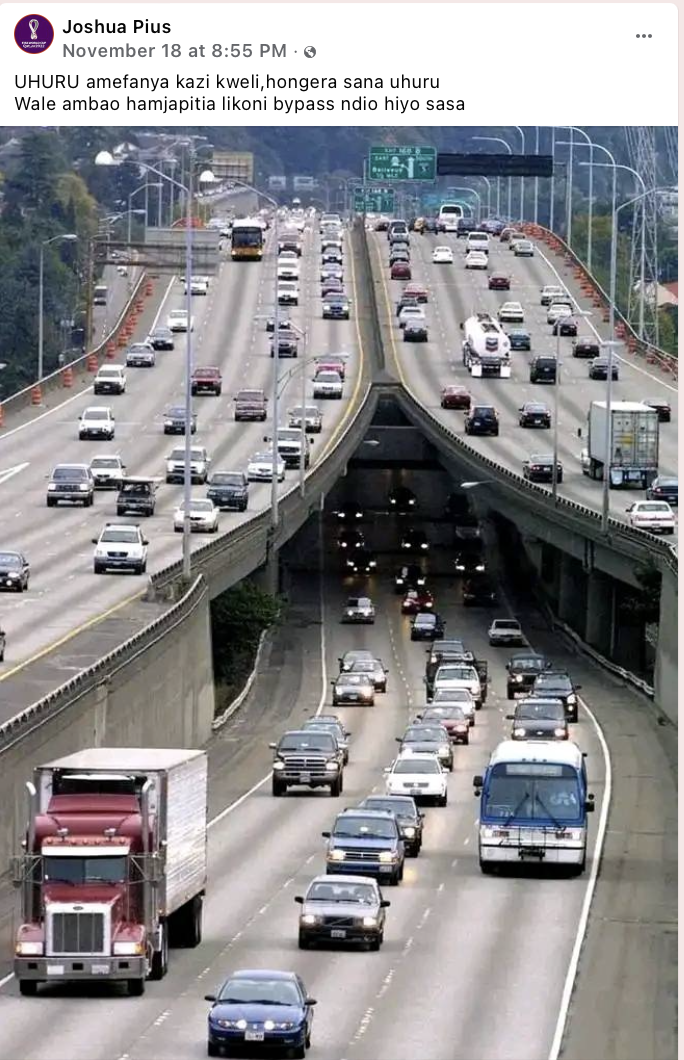 But does the photo show the Likoni bypass? We checked and a reverse image search established that the image is of the Interstate Highway in the United States of America (USA).

The photo has been used by publications from as early as 2002. An article by boston.com credited the photo to the Associated Press (AP). 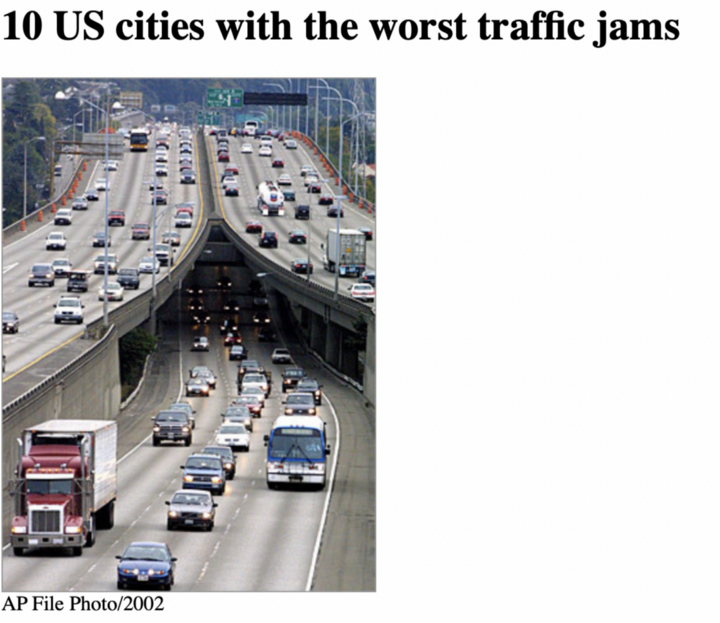 We did a keyword search on Google for the Likoni bypass and found out that it is part of the larger Dongo Kundu bypass, premised on decongesting the Likoni ferry channel.

The Dongo Kundu bypass is a three-phase project started in March 2020 while Kenyatta was president. Its projected completion date is March 2024.

PesaCheck has examined a photo shared on Facebook with text praising former Kenyan President Uhuru Kenyatta for the construction of the Likoni bypass and finds it to be FALSE.