A tweet claiming to reveal a helicopter allegedly gifted to Deputy President William Ruto by an Israel businessman is fake.

According to the post shared on 5th January 2021, the deputy President was given the brand new Eurocopter EC135 by an unnamed Israeli tycoon for his 2022 campaigns.

The Twitter user who shared the photo captioned it thus: “ISRAEL tycoon Gifts DP Ruto with a new modern Eurocopter EC135 for 2022 campaigns. The helicopter has powers to detect explósives and weapòns around a circumference of 1KM.”

The tweet went viral and was shared by a number of users. Deputy President William Ruto is vying for the presidency on a United Democratic Alliance (UDA) party ticket. 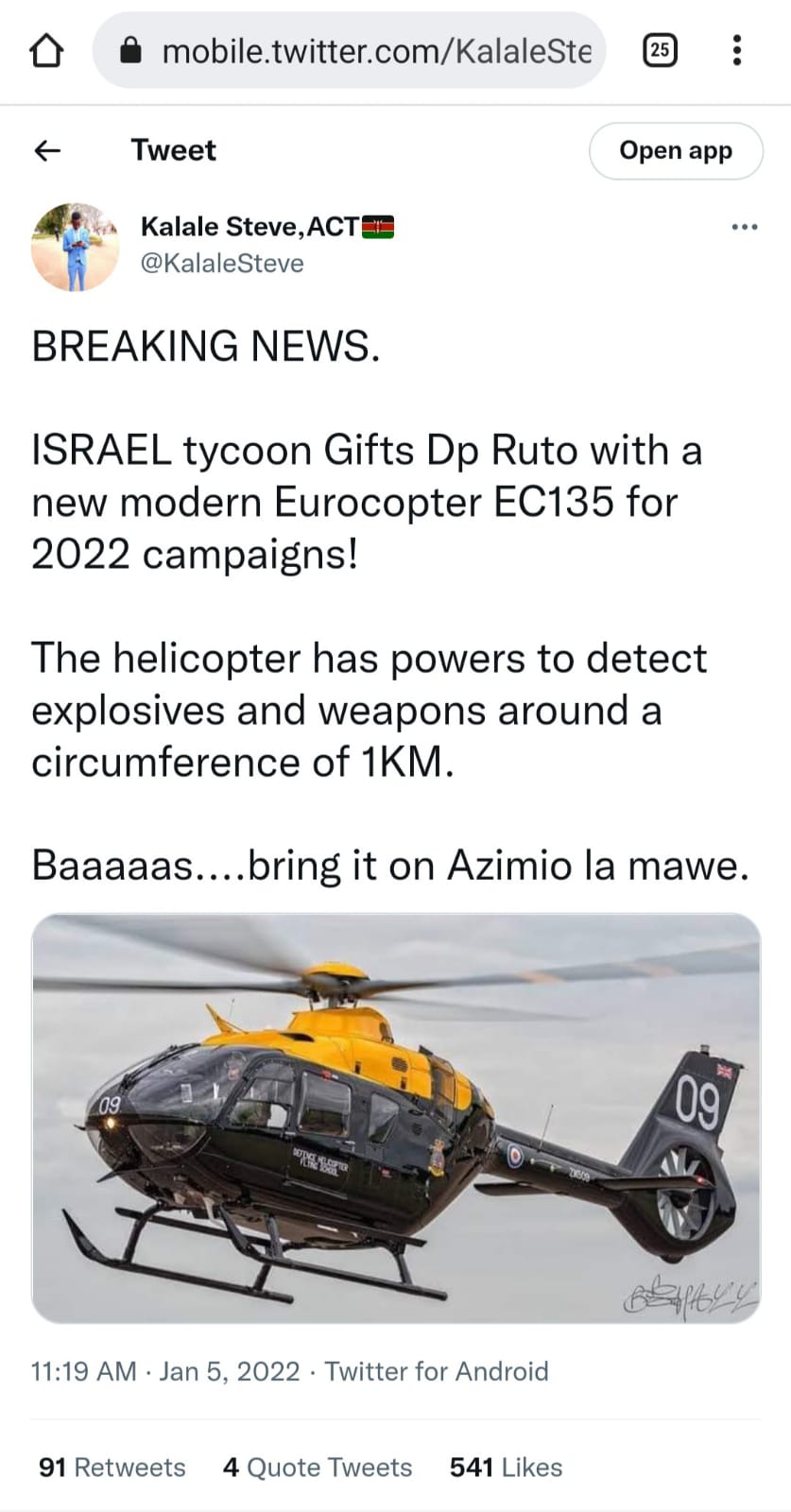 However, according to a Google reverse image search, the image of the helicopter, a Royal Air Force Airbus Helicopter, was captured and published on Flickr on 13th July, 2017, by Ben Stanley Hall, a professional aviation photographer based in England.

News about Ruto being gifted a helicopter by an Israel tycoon, or any other source for that matter, would have made headlines both in mainstream media and online. Yet a Google search shows no media, including blogs, reported the matter apart from the social media posts.