Market indices at the Nairobi Securities Exchange (NSE) recorded mixed results at the closing bell on September 3, with the counters of Flame Tree Group and Safaricom experiencing a downturn from the previous session.

The slight bump however has not addressed the NSE 20 Share Index decline, which has generally been on a downward slide since August 1.

On the spot market, turnover ended the day at Ksh585 million on the back of 13,7 million traded shares, leading to a market capitalisation of Ksh2.14 trillion.

The biggest losers at the bourse were Flame Tree Group, which fell 10% in the red to end the day at Ksh2.25.

Safaricom, the mobile phone operator which is the sole listed firm in the telecommunications sector, fell to a share price of Ksh26.20, a 6.6% plunge.

The giant telco however still retained the highest volume of traded shares at the NSE, managing 5.5 million shares by the close of market activity.

It was followed by Equity Group Holdings who at 2.1 million shares transacted at a price of Ksh39.50. Fellow lender KCB Group, who on the day appointed one of its own to the designated position of National Bank of Kenya (NBK) Managing Director, finished the day on 1.4 million shares.

On the futures trading, a total of four deals brought the day’s total trading value to Ksh487,000. The NSE’s first quarterly contracts at the derivatives market are set to expire later on in the month. 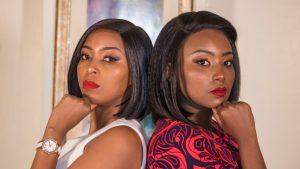