A section of Migaa houses by Home Afrika. Kenya’s prime housing sector is crumbling as the economy slows down creating fears of a recession. [Photo/ Home Afrika]

While the government is painting a rosy picture of how well the economy is doing, the reality on the ground is different with negative growth across many sectors.

Prime residential rents and sale prices in Nairobi declined in the first half of 2019 amid continued oversupply of high-end developments in some locations.

In addition, a credit crunch affected money circulation and spending power hitting the sector which has been Kenya’s barometer of the country’s economic status.

Knight Frank’s Kenya Market Update – 1st Half 2019 shows prime residential prices fell by 1.8% over the period. This increased the annualised decline to 6.7% in the year to June.

Prime residential rents reduced by 1.7%, taking the annualised decline to 3.3% in the year to June.

“These factors have transformed the market in favour of buyers and tenants, which has been exacerbated by multinationals continuing to downsize whilst there are fewer expatriates relocating to Kenya, impacting negatively on the niche market,” the report notes.

In April this year, Hass Consult said that the big numbers of foreigners leaving the country were leading to a slump in the demand for high-end residential estates.

The foreigners’ numbers were dropping due to a new government drive to issue work permits only to those with skills that could not be offered by locals.

This move increased the number of foreigners leaving Kenya which resulted in significant falls in sale prices and rents by the first quarter of 2019.

The downward pressure is expected to continue.

In the retail market, rents for prime spaces in shopping malls decreased by 5.9% in the period to US$4.8 per square foot per month.

The pressure was compounded by tough economic conditions that have left most consumers with less disposable incomes, directly impacting on retailers.

Occupancy levels in established malls remained high at 90% in the first half while new retail developments, completed in the last 18 months, recorded occupancy levels of between 45% and 55%.

A trend was noted in the period where current and new tenants are opting to take up space within extensions in established malls to tap into the existing clientele rather than open shop in new retail centres.

Overall, footfall increased over the six months due to the presence of fully operational anchor tenants in most shopping malls.

Grade A and B office spaces

In the office market, prime rents in Nairobi remained unchanged in the first half of 2019 at USD1.3/sq ft/month, with the absorption of Grade A and B space declining by 8% compared to the second half of 2018.

The report states that some landlords are providing concessions such as longer fit-out periods, partial contributions towards tenant fit-outs or giving discounted rentals to retain existing tenants and attract new ones.

This appears to be a consistent theme across the market.

Nonetheless, the office market has benefitted from shared workspace providers on the back of demand from small and medium enterprises, maturing start-ups and multinational firms entering the country.

Serviced office space is growing in popularity owing to the flexibility it provides in comparison with traditional office accommodation.

The niche market is expected to continue recording growth over the next few years as new entrants establish themselves whilst existing providers expand. 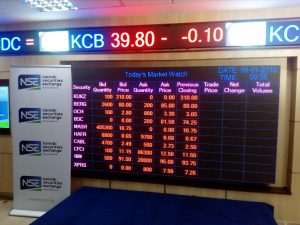