A Pokot girl helped by women to walk to a place where she will rest after being circumcised in a village in Baringo County. Photo/Siegfried Modola/Reuters

Loriakwe, now 20, vividly remembers the day she underwent the cut as per the traditions of her Samburu people. Armed with little knowledge she had acquired during her primary schooling on the effects and fight against Female Genital Mutilation (FGM) , she was up against it.

At just 14 years, she was met by a formidable force that embraced the practice, which was spearheaded by her kinswomen.

“It was really an issue because they (step-sisters and female cousins) kept asking me why I wanted to shame the family by being the only girl who is not circumcised in the homestead,” narrates Loriakwe.

In the long run, she was cut together with other girls in a ceremony that was prepared to go underway.

Dr Leyla Hussein, 39, a psychotherapist and social activist narrated to BBC how her mother organised for her to be cut without the knowledge of her father whose family did not practice FGM in Somalia.

“This is a decision made by my mother. What I remember a lot from that day is there was a lot of women in the house. The next moment I heard my sister screaming in the other side of the house and before I could comprehend what was happening they were like get Leyla now. That is when I was cut, and I was pinned down by women I trusted the most,” she recounts.

According to the World Health Organisation (WHO), more than 200 million women worldwide alive today have undergone the FGM with Kenya accounting for about 9.3 million.

It further classifies the practice as a violation of human rights for girls and women since it has no health benefits and only done out of outdated traditional rites.

Women, the driving force of FGM

So if FGM is harmful for the women, why are women still the driving force of the outlawed practice?

As far as women are victims of FGM, which alters the female genital organs for non-medical reasons, it is also women, who mostly conduct the whole procedure and hold a ceremony thereafter.

Ironically, about 1.86 million girls in the country have undergone FGM in health centres. A report by the Kenya Obstetrical and Gynaecological Society says that medics, mostly nurses and midwives, are secretly helping parents  to have their daughters circumcised.

The illegal process referred to as  medicalisation of FGM is done by professionals who are aware of its health and social risks.

The female cut is usually done to girls aged between infancy and 15 years in communities still practicing it.

In the medical setup, newborn girls are circumcised with the perception that it is less risky and promotes the false belief that the procedure is medically beneficial or acceptable.

However, in the communities where FGM is still a rite of passage to womanhood, it is the mother who is questioned if her daughter(s) is circumcised or not.

In cases where the mother, who suffered in one way or the other due to FGM,  tries to shield her girls from undergoing such experiences, they are met with the harsh reality of their communities which, in most cases discriminates against them.

[ Related: Female circumcision lives on in a modern world with tough laws]

“The patriarchal system supports it (FGM) all the time and that is why it still exists. Fathers are not being questioned by the community on why your daughters are not cut. It is the mother who is shamed and told she is a terrible mother. there’s shaming of women whose daughters have not been cut and that is why the practice continues,” explains Dr Hussein.

In the patriarchal society where the voice and opinion of men are heard in matter of importance, they can therefore, immensely impact and forefront the war against FGM.

Moses Letitoyia, an educationist at Samburu Girls Foundation, is a young man dedicated in the war against FGM that has deep roots in his community.

“It can be challenging to try and change the mindset of an older men on their perspective of  the harmful tradition but reasoning with young adults can change their view. That is why I engage my fellow young Samburu men on why we should shun this practise and protect our women,” he says.

[ Read: Woman who escaped cut named among most influential people ]

Although he is faced with opposition from people who support the cut, it does not drain his spirit but makes him stronger.

Tony Mwebia is a Sustainable Development Goals advocate who is focused on ending FGM through grassroots’ campaign. In his online platform #MenENDFGM he strives to recognize the intersection between men and harmful cultural practices through advocacy in policy as a sure way of attaining inclusivity in ending gender based violence.

These are just but two of the many brave men around the world who are standing up with girls and women against harmful traditional practices which in worst case scenarios can cost one’s life.

It is a collective responsibility to teach young girls who have been fed with the view that they cannot get married unless they are cut. 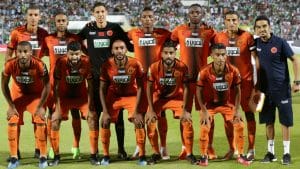