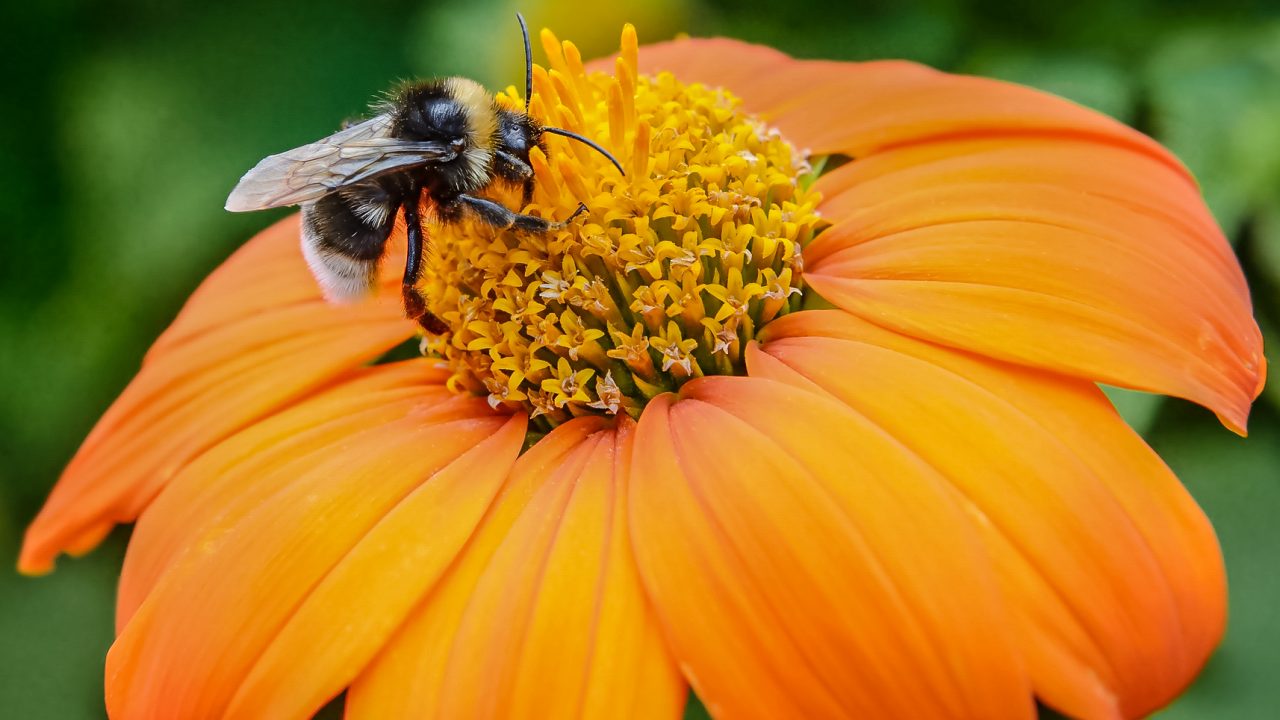 One of the simplest ways to conserve our pollinator populations of bees in an agriculturally reliant world is through organic farming.

[dropcap][/dropcap]Kenyans have been asked to embrace organic farming practices to maintain the health and population of important crop pollinators that have been declining at an alarming rate in the past decade, thereby threatening global food security.

Prof Rhoda Jerop Birech, an expert in Sustainable Agriculture at Egerton University and a Board Member of Organic Consumers Alliance (OCA), said the importance of bees in human lives has always been underestimated and that’s why enough is not being done to protect the insects.

“Bees are critical in providing pollination to crops and, therefore, without them, we would not have food. About 75% of all crops grown for food rely on pollinators, mostly honey bees, for a successful harvest. Without pollination from honey bees, many fruits and vegetables will not be on our grocery shelves,” says Prof Birech..

Yet while the world’s population is increasing day-by-day, the population of bees and other pollinators is steadily decreasing. Prof Birech said exposure to toxic chemical pesticides through insecticides, herbicides, fungicides and other synthetic toxins used in industrial agriculture is biggest threats to bees’ health.

One of the simplest ways to conserve our pollinator populations in an agriculturally reliant world is through organic farming. Organic farming standards largely prohibit use of synthetic pesticides and promotes use of integrated pest management (IPM) techniques. Some pesticides target the bees’ immune systems by making them defenseless against viruses.

“Devastating bee pathogens such as mites and viruses are being increasingly found in Africa. As a result, bee health should now be a priority of national governments, development agencies as well as farmers and beekeepers,” she says.

Dr Kesendany Goibei, a Forest Ecologist, in his research titled “Terrestrial Plant ecology of Mau Forest” blames modern infrastructural development and real estate boom on the dwindling insect pollinators. “We are witnessing hitherto forested areas in all parts of the country being cleared for development of housing units and shopping complexes.”

Vast private farms where wild flowers and indigenous trees thrived and sustained these insects are now being sub-divided into smaller portions. This is working against the interest of bees and other pollinators,” says Dr Goibei

The forest ecologist calls for conservation of indigenous plant species in the construction of roads, bridges and railways. “Both local and foreign contractors should be enlightened on the need to conserve pollinator-friendly plant species such as the acacia. When these projects are completed and there is need to replant trees local experts should be involved to ensure that the plants fit existing pollinators,” he stated

Read Also: Airtel and Telkom merge to take on Safaricom

Bees need a diversity of plants from which to collect sufficient pollen and nectar to support their hives. Organic farmers are required to manage their farms in a way that maintains and improves natural resources. Hence their farms tend to have a more diverse landscape with more flowering plants to support and feed bees. “Without bees we would not be able to sustain our food, economy or environment,” says Prof Birech.

The International Centre of Insect Physiology and Ecology (ICIPE) has been designated as a Centre for Bee Health in Africa by World Organisation for Animal Health. This recognises ICIPE’s role as a hub of bee health expertise in Africa and globally. The Centre has established the African Reference Laboratory for Bee Health headquartered in Nairobi with satellite stations in Burkina Faso, Cameroon, Ethiopia and Liberia, and a training site in Madagascar.

This state-of-the-art facility, a partnership with the African Union Inter-African Bureau for Animal Resources (AU-IBAR) provides a platform for monitoring and preventing bee diseases and pests in Africa, with the financial support of the European Union and ICIPE’s core donors.