President Uhuru Kenyatta confers with DP Ruto during a past event. The President reorganized government on Wednesday

President Uhuru Kenyatta on Wednesday moved to cement his authority as the leader of government by abolishing the Presidency in a new executive order that domiciles Deputy President William Ruto’s office under the Office of the President (OP).

This effectively renders DP Ruto powerless as he will be unable to hire and fire staff as the privilege will now be a preserve of Head of Public Service Joseph Kinyua.

The major political ramifications of the executive order are that the Office of the Deputy President will no longer have an independent budget, or be autonomous and will from now on take orders from (OP)

Executive Order No 1 of 2020 also places Ruto’s Chief of Staff Ken Nyaucho Osinde under the OP which means that he will now be reporting to State House Chief of Staff Nzioka Waita. Nyaucho will now work hand in hand with Waita and Kinyua.

Uhuru’s latest move is eerily similar to one he made last year that gave Interior Cabinet Secretary Fred Matiang’i sweeping powers on the oversight of Government programmes at a time DP Ruto had perfected the art of traverssing the country under the guise that he was supervising government projects at the behest of President Kenyatta.

On Tuesday, President Kenyatta took his crackdown on DP Ruto’s allies to the National Assembly at a Parliamentary Group (PG) meeting held at State House just weeks after kicking out Ruto stalwarts from powerful senate positions.

During the PG, meeting President Kenyatta once more dressed down Ruto’s allies and faulted them for disrespecting him. The president also intimated that he knew that Ruto’s allies refer to him as “a drunk”.

In the eventful PG meeting, the President fell short of saying that he will not be supporting Ruto as he promised in campaign rallies in the build-up to the 2013 general elections.

I will be happy to know that the person I will be passing the baton to is part of my agenda,” Uhuru told the 212 MPs.

The President’s remarks came after he enjoyed a night out with Opposition chief Raila Odinga after the Madaraka Day celebrations at State House during the day.

The duo arrived at the Nairobi CBD in the middle of the night and was seen inspecting the re-carpeting of roads by the NMS. 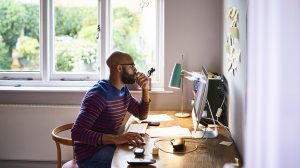