President Uhuru Kenyatta during a live address to the nation on May 1. The president has lifted the movement restriction measures but extended the nationwide curfew by a further 30 days.

President Uhuru Kenyatta on Monday announced that the government will be channeling an initial Ksh2 billion stimulus package for the Tourism & Hospitality Sector to cushion it from the rigours of the COVID-19 Pandemic.

The President had already announced a Ksh2 billion package for the sector while outlining his Eight Point Ksh53.7 billion Stimulus Package for the Kenyan economy last week but on Monday, he gave an indication that more resources will be set aside to rescue the sector that has borne the biggest brunt of the pandemic besides the aviation sector.

“In order to cushion these workers and to work in line with this sector, my administration will focus on intervention by offering an initial Ksh2 billion from the exchequer to support hotels and all related hospitality establishments and to ensure that they are able to maintain their staff. Our cabinet sub-committee will be meeting to ensure it engages with stakeholders to develop protocols for this,” added the President.

The Parliamentary Budget Office (BPO) estimates that the Tourism Sector contributes Ksh70 billion to the country’s Gross Domestic Product (GDP) but such numbers will not be forthcoming this year as the sector reels from the impact of COVID-19.

“The sector is a big employer with robust supply linkages with agriculture, wholesale and retail trade, manufacturing and other sectors. Leisure and conference tourism, both external and domestic face possible collapse owing to travel restrictions which has completely stopped international tourist arrivals, while social distancing measures have affected domestic tourism and conferencing too. Closure of restaurant and bars further depresses the performance of the sector with a risk of major job losses if the pandemic persists,” the BPO said in a special COVID-19 bulletin.

The BPO had recommended the response for the sector comprise of keeping workers on payroll (social transfers) and business support.

“Despite financing and implementation challenges, supporting laid-off workers in the sectors for two to three months would greatly depress the negative social-economic impact of the pandemic on workers in this sector. The government could aid businesses partially to keep their workers in the payroll for 2-3 months. GOK funding would be from savings through extensive expenditure cuts and emergency borrowing,” read the special bulletin.

“The second set of intervention should comprise direct or indirect support to hotels, and eligible entertainment businesses through government-backed concessional lifeline credit facilities through the commercial banking system,” further read the bulletin.

Last week, Solicitor General Kennedy Ogeto was forced to write to the Fairmont Hotel Group requesting further clarification after the group announced it would be shutting down two of its establishments including the iconic Fairmont Norfolk Hotel and sacking all employees at the two entities over lack of business.

“This matter is of public importance and great concern to the government and in view of the Attorney General’s mandate to promote, protect, and uphold the rule of law and defend public interest, this office should be very grateful if you would provide it with clarification regarding the said media reports and complaints from employees including on the veracity thereof and justification for taking such action, if this is the case,” Ogeto said in a letter dated May 29.

See Also>>> Pressure Mounts on the Govt to Reopen the Economy 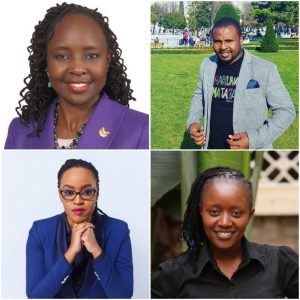