Over 60 companies across major Kenyan cities have embraced an innovative digital lunch scheme for their staff in a low cost arrangement hailed as pivotal in boosting staff productivity, retention and companies’ profitability.

Dubbed M-Kula, the innovative application has been developed by Sodexo Kenya, an offshoot of global benefits and rewards firm Sodexo, and rides on the amendment to the Finance Act 2014 that exempts from taxation food offered to employees for up to Ksh 48,000 every year, the equivalent of Ksh 4,000 a month,

Upon signing for the M-Kula service, a company is given an account with details of the employer, and the amount each employee is entitled to in meal allowance per day. Once the order is confirmed and payment made, the electronic voucher is disbursed to the employees.  The employees can then go to any of the over 230 restaurant that accepts M-Kula services, order and pay in the same way customers purchase goods and services through Mpesa. The service which is available on IOS and Android platforms also allows customers to pay for meals delivered to the office. Employees who enroll for the service are able to save up to Ksh 14, 000 each year attributable to tax exemptions. To bolster the reach and convenience, Sodexo Kenya has partnered with over 200 food outlets including stalls, Jumia Food, Java, Debonairs and Nyama Mama, among others.

“We settled on digital lunch vouchers because food is a very important component in the labour market yet it is often ignored. Food helps drive productivity and motivation and ultimately a company’s bottom line. Numerous studies have shown that there is a world of difference between companies that offer their staff lunch and those that don’t. We have also proven it here in Kenya,” said Neil Ribeiro, the CEO of Sodexo Kenya.

Afternoon productivity is 25% less than in the morning, studies have shown. On the other hand a 2015 Sodexo Kenya survey indicated that 63% of workers who were not motivated in their jobs attributed it to being unappreciated in the workplace with another 52% blamed lack of, or wrong benefits.

Staff appreciation, Ribeiro argues, doesn’t have to be an expensive affair. “Technology offers companies one of the cheapest and innovative ways that balances between staff’s well-being and the company’s profitability. M- Kula for example provides a unique opportunity for organizations to embrace a new tax free incentive to their staff thereby increasing employee engagement and motivation,” he said.

The impact of lunch provision on staff’s productivity has been documented in Kenya. When KenPoly Manufacturers Ltd started providing lunch, productivity went up by between 7 and 12%.  Three months after introducing lunch for staff, Subati Flowers recorded a drop in absenteeism from 9 per cent to 4%. The average number of days off also dropped from 2.8 days per sickness to 1.2 days of sick out.

Inspired by the burgeoning uptake of the service, Sodexo Kenya is now planning to scale it across the country while entering into more strategic partnership. “There is an impressive motivation among employers in Kenya who have seen business sense by realising that it takes more than a pay cheque to keep the Kenyan workforce happy. With an estimated three million employed Kenyans, less than one percent are fed by their employers and so we see a lot of opportunity in the coming years,” Ribeiro added.

The company that has leveraged on its international acumen and reach in provision of services that improve quality of life, also runs M-Tuza, a multi-store digital voucher for rewards to employees and clients. Acceptable at over 300 locations, including clothes and shoe shops, gyms, spa and hair salons among others, the service allow companies to appreciate employees and clients by giving them an array of products to choose from while ensuring seamless purchasing and distribution process. 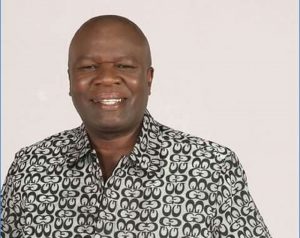