East African Portland Cement Company (EAPCC) is set to lay off all its employees, in an unprecedented restructuring to streamline operations and save the company from more losses and stream. The company’s CEO Stephen Nthei, in an internal circular, declared all positions for both unionisable and non-unionisable workers in the company redundant.

Mr Nthei indicated in the communication seen by Business Today that Portland, which is listed on the Nairobi Securities Exchange, has been making losses of up to Ksh8 million daily, which has impacted negatively on revenues and profitability.

“Subsequently, all jobs will be reconfigured in terms of job consolidation and enrichment in line with the restructured and leaner organisation structure,” he said.

The company reported a 30% increase in loss to Ksh1.26 billion for the half-year ended 31st December 2018 up from the Ksh949.2 million loss it posted in the same period the previous year. The company has attributed the heavy loss to increased output prices, a sluggish market and production challenges arising from the company’s tight working capital position.

“In the last three years, the company’s market share has drastically reduced, impacting negatively on sales and subsequent profitability,” Mr Nthei said in the memo. “This may be attributed to many reasons, key among them being increased competition and inadequate working capital.”

In May, the company’s board fired chief executive Simon Peter Ole Nkeri less than three years into his tenure after his turnaround strategy failed.

The company had 448 permanent and 488 contract employees on its payroll as of last year, with the former being offered a severance package of one month’s pay for every year worked as well as a gratuity payment.  In 2016, East African Portland Cement fired 1,000 employees and reduced its staff count to 500 people as cash-flow problems set it in again.

Its chairman, Mr Bill Lay at the time said the company was overstaffed with more than 1,500 employees. Last year, the company laid off 520 employees it opted not to renew contracts to deal with the bloated workforce.

In November 2018, Mr Nkeri, who was the firm’s then Managing Director and Chairman, said it required Ksh15 billion to turn around its fortunes. At the time Auditor-General Edward Ouko described the cement manufacturer, once a giant in the industry, as insolvent because it could not pay its debts.

portland has been embroiled in controversy over allegations of corruption and mismanagement.

Mr Nkeri told the Senate Committee on Trade and Tourism that the Ksh15 billion of the capital injection would go towards settling employees’ dues, retiring a Kenya Commercial Bank (KCB) loans, repaying the long outstanding JICA loan, refurbishing its plant as well as settle suppliers’ dues.

The company’s current liabilities now exceed its current assets by Ksh6 billion, with staff costs taking up close to half of the revenues. In the last financial year, the company was saddled with another Ksh1.5 billion payments as part of a court settlement to unionisable employees declared redundant.

[ READ ALSO: Meet the Kenyans Who Own Billion-Shilling Shares in SportPesa ]

EAPCC has in the past been embroiled in controversy over allegations of corruption and mismanagement. Mr Nkeri commissioned consulting group EY to conduct an audit, whose report implicated several employees in mismanagement and revenue leakages.

He had promised to forward the report to the Ethics and Anti-Corruption Commission for appropriate action. EAPCC produces Blue Triangle Cement, which is used for cementing, mortar and concrete building applications. 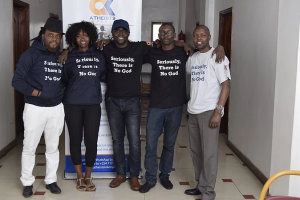