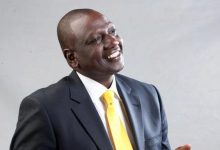 Deputy President William Ruto continues to expand his hotel empire with the acquisition of another middle level hotel in Nairobi.

Mr Ruto has reportedly concluded buying of Boulevard hotel, in a transaction that’s likely to raise eyebrows in the country, coming hot on the heels of the acquisition of 680 Hotel for Ksh3 billion.

The hotel, situated on Harry Thuku Road just after KBC, is about 10 minutes’ walk to the city centre. It has 98 rooms and an outdoor swimming pool. The value of the transaction has not been disclosed yet and it’s not clear whether he paid with his own cash or credit.

See Also: Bald men said to have gold in their heads

It appears Sentrim Group is divesting from Nairobi to focus on its other brands outside the capital. Ruto, on the other hand, has developed a growing appetite for hotels and now has three hotels in Nairobi, two of them in the city centre.

These three are the publicly known hotel Mr Ruto owns in Nairobi. The deputy president also owns Weston Hotel on Lang’ata Road, opposite Wilson Airport, which also thrust him in the eye of a storm when it emerged that it had been built on public land and was attempting to grab a piece of land belonging to a public school nearby for its expansion.

Next: How Maina Kageni duped his fans

Mr Ruto has also recently invested in media by buying shares in Mediamax Networks Ltd, which is owned by the Kenyatta family and runs the People Daily newspaper, K24 TV, Kameme FM & TV, Milele FM and a host of other radio stations.

These investments have put him on the spotlight with keen focus on the source of his wealth. His backers say besides being a politician, Mr Ruto is a shrewd businessman with nose for opportunity.

To share your views on this article, scroll down to the comments section.