Standard Group has accused – and in fact sued – a partner in the newly launched NRG (Energy) Radio of stealing its concept to launch the station, which hit the airwaves early this year.

According to the Standard, DJ Wesley, who was head of music at its Radio Maisha, used its masterplan and market research the media house had commissioned to establish NRG, which has become a sensation among the youth for its genre of music and delivery that appeals more to the younger generation.

The station was behind last week’s tour of American rapper Rick Ross, whose concert at the Carnivore grounds was a sellout.  It was attended by among others President Uhuru Kenyatta’s daughter Ngina Kenyatta, her aunt Nana Gecaga, the MD of Kenyatta International Convention Centre, and Nana’s brother, Jomo Gecaga, who is the president’s personal assistant.

With the launch of NRG, DJ Wesley literally threw a spanner into Standard Group’s planned launch of new radio stations, sending it not only to the courts but also to the drawing board. Business Today has learnt that DJ Wesley last year resigned from the Mombasa Road-based media house, which is aggrieved that even after throwing a farewell party for him, he turned around and stabbed it in the back.

NRG was founded by Groove Awards CEO Kevin Mulei, who is also the founder of M0Sound, an event planning, production, and management company. It boasts offering a unique service blending radio, digital and social experience that fuels energy.

Standard Group was positioning itself to launch a similar station before DJ Wesley ran off with the idea.

To achieve this, it acquired a new wave of radio technology including a modern production room, control rooms and three state-of-the-art IP-based studios with visual integration consisting of equipment from German technical pioneer, Lawo, with the ability to stream live videos from the studio to any Content Distribution Network or Social Media and other platforms.

The station has recruited celebrity presenters, among them, popular musician Timmy Tdat and former Home Boyz presenter Mwalimu Rachel. It is now emerging that the Standard Group was positioning itself to launch a similar station before DJ Wesley ran off with the idea.

However, the media house is still going ahead with a plan to launch two new stations, one of which is likely to be English language radio targeting the youth.

Sources indicated the radio stations launch was recently discussed by its editorial board and management and the elevation of KTN Deputy Managing Editor Ellen Wanjiru to the expanded role of Managing Editor, Broadcast, is part of the cast.

Standard’s move, however, comes despite its main rival, Nation Media Group, shutting down its radio arm due to depressed ad revenue. 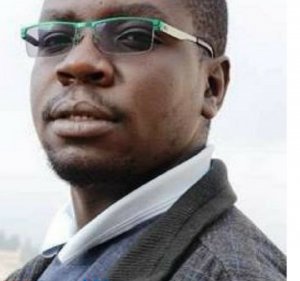