The project, Cysuites is a serviced apartment hotel along church road in Westlands. The launch of the furnished apartments follows a buyout of the Wasini Resorts, which they acquired in September.

Cytonn CEO, Edwin Dande said that there was a gap in the serviced apartments sector as people were not getting the best services. Dande added saying that Cysuites was the first of many similar projects by Cytonn.

“This is the first step of what we hope will be the leading brand in serviced apartments hotel,” the Cytonn Group CEO said during the open day launch of the project.

He further noted that the economy might be bad right now but entrepreneurship will help it get back and Cyton is contributing greatly to that.

According to Cytonn’s head of private equity (real estate), Shiv Arora, the company is grabbing an opportunity presented by lack of a single furnished apartments’ operator especially within Nairobi’s Westlands, Kilimani and Upper Hill.

More furnished apartments are also under development at the 35-floor Cytonn Towers in Kilimani.

The launch of the Cytonn Cysuites Apartments marks the company’s entry into the hospitality sector and it promises for more of the same. 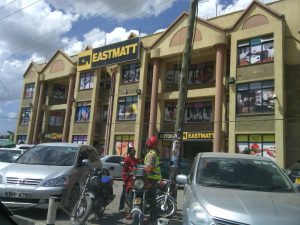 Slap on the Wrist for Eastmatt Supervisor Who Assaulted Female Cashier
Before the CCTV video went on social media, the supermarket…